Located near the Chelsea Art District in Manhattan, it's just blocks from the Meatpacking District and Greenwich Village, as well as close to a large Whole Foods Market and numerous splendid restaurants.

Shoe shine services are complimentary at this smoke-free Manhattan hotel.

Thank you for taking the time to write us a review. We are happy that you like our friendly staff and our location. Thank you for staying with us and we look forward to welcome you in near future.

Location great easy for both midtown and downtown. West Village and Greenwich village are an easy walk away but plenty of restaurants bars, and diners near by. Subway 1 block away easy to get round the city and to JFK.

Negatives:
-Room heating control. It was freezing the first night then found the controller which was awkward to use at times. My room went from cold to super hot without finding a happy medium
-Bathroom door (there isn't one)-even as a solo traveller wasn't feeling having to do a number two that wide open especially when whole of 8th Avenue could see direct into the bathroom.
-Also one night my swipe card didn't work main door shuts after 11 and had to waive for 10 mins to attract the night desk guy.
-there was an annoying noise coming from the bathroom a couple of nights

Other than that for the price I paid would defo use the Gem Hotel next time in NYC
Ejaz B, General Manager at The GEM Hotel Chelsea, responded to this review

Thank you for taking the time to write us a review. We are happy to know that you liked our decor, layout of the room and fantastic location. Also, thanks for LGBT recommendation. All of our bathrooms are equipped with bathroom sliding doors. Thank you for staying with us and we look forward to welcome you in near future. 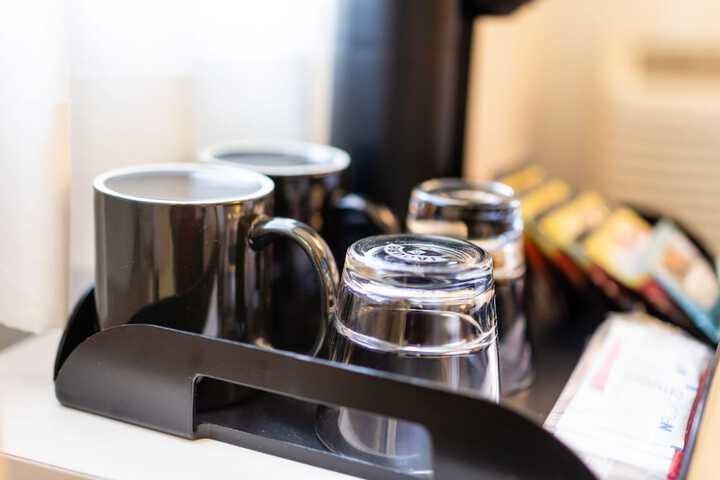 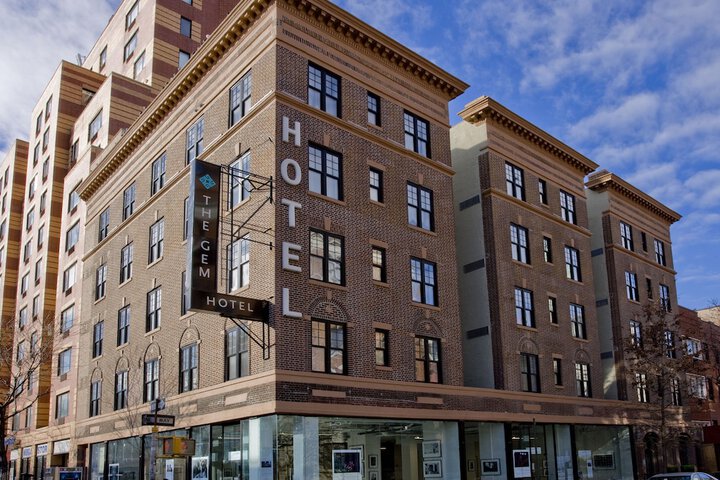 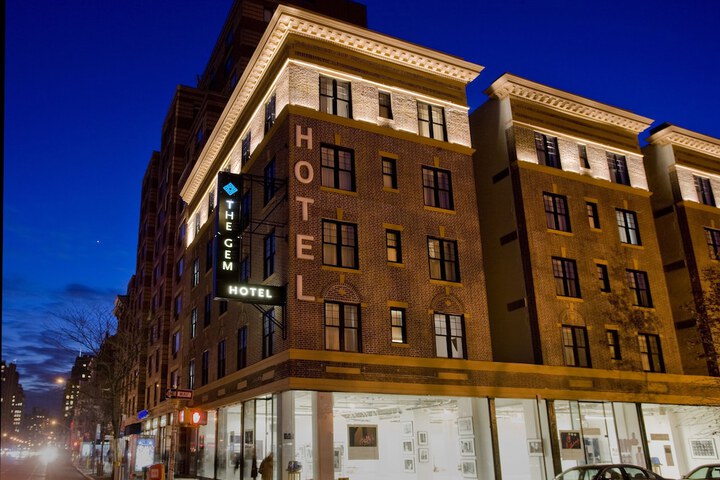 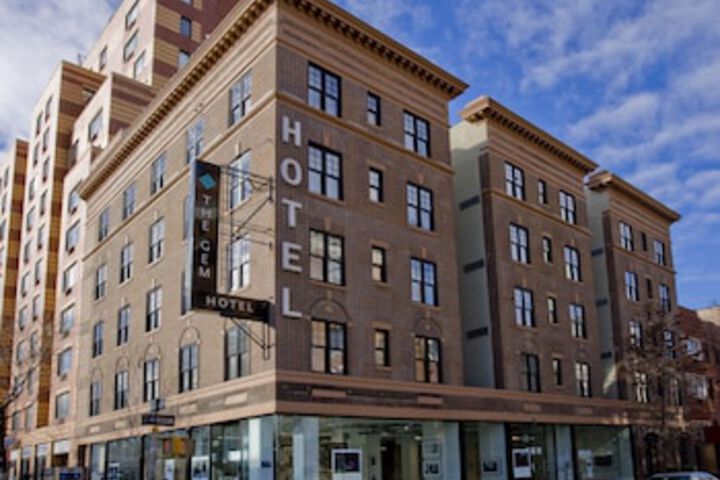 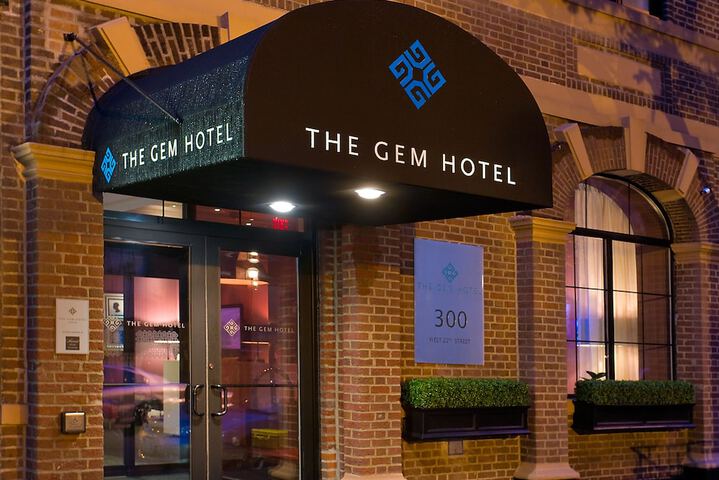 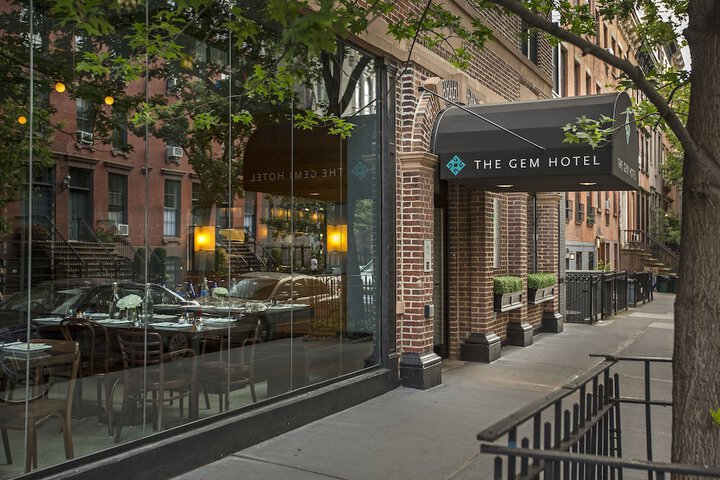 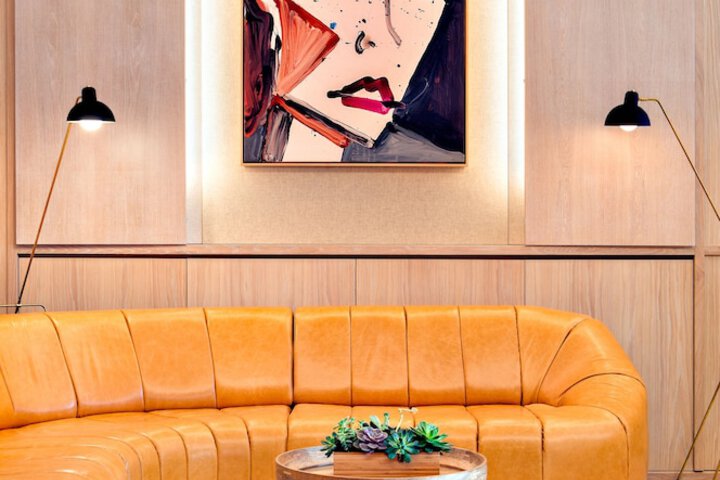 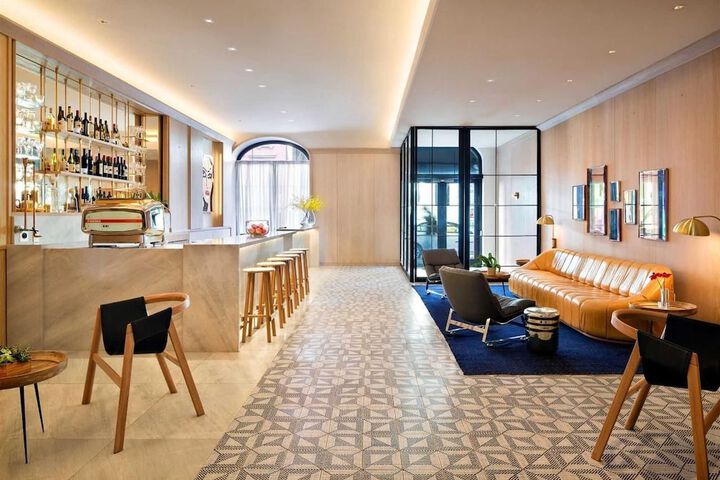 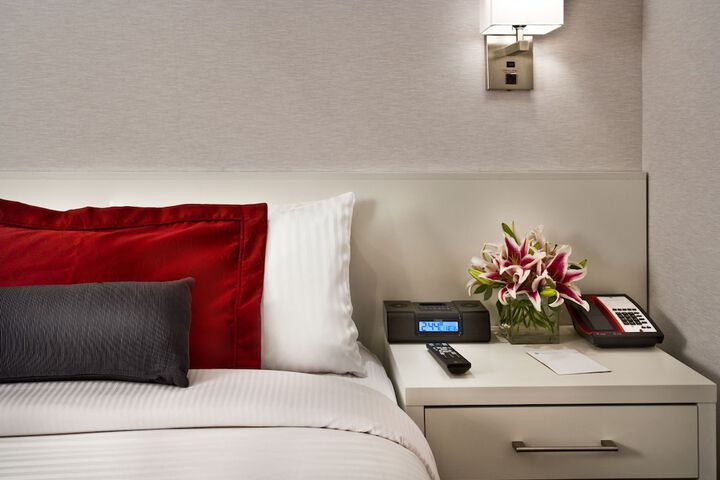 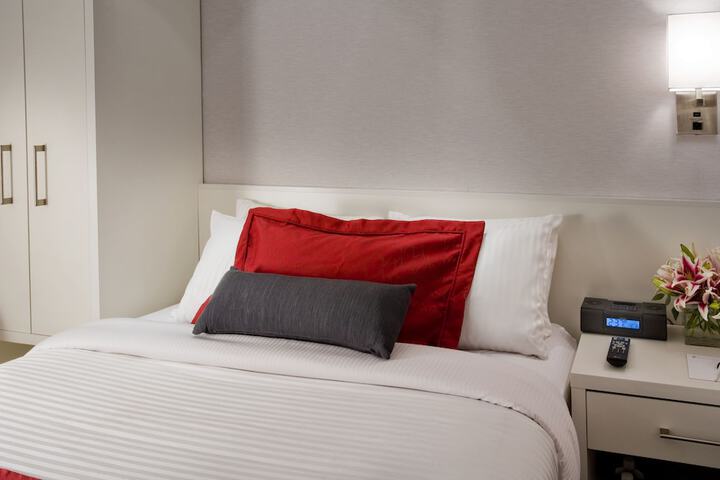 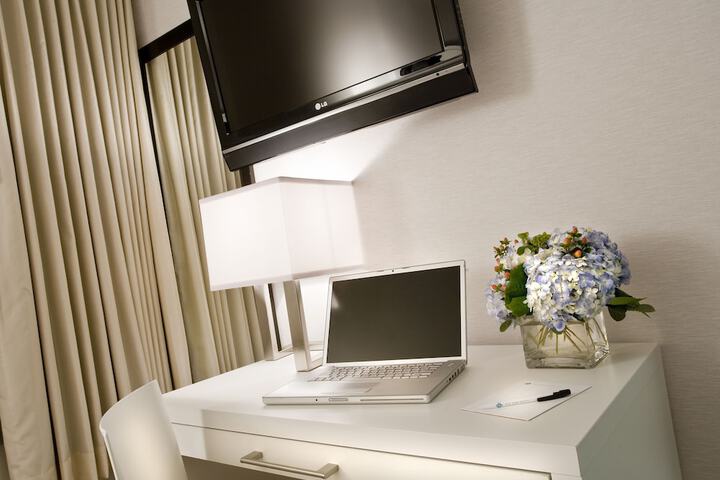 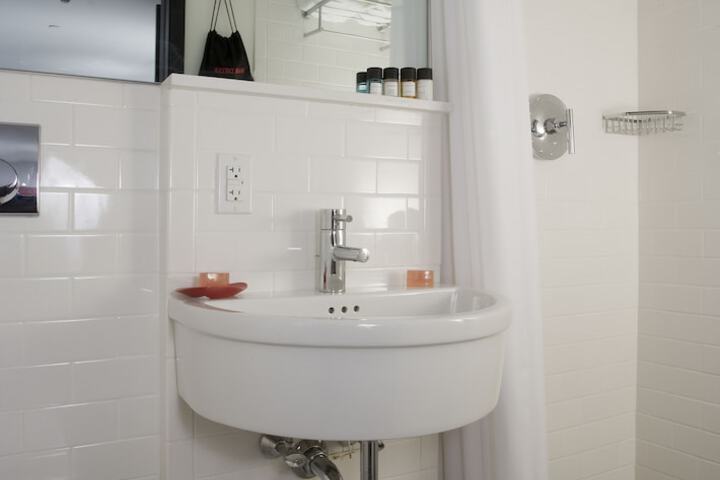 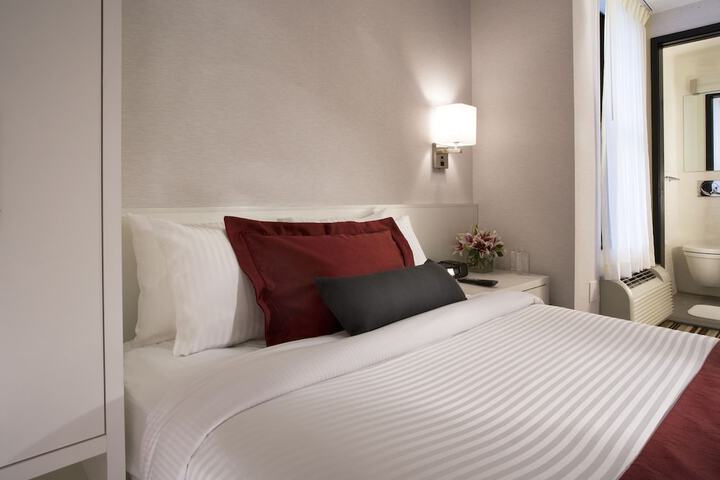 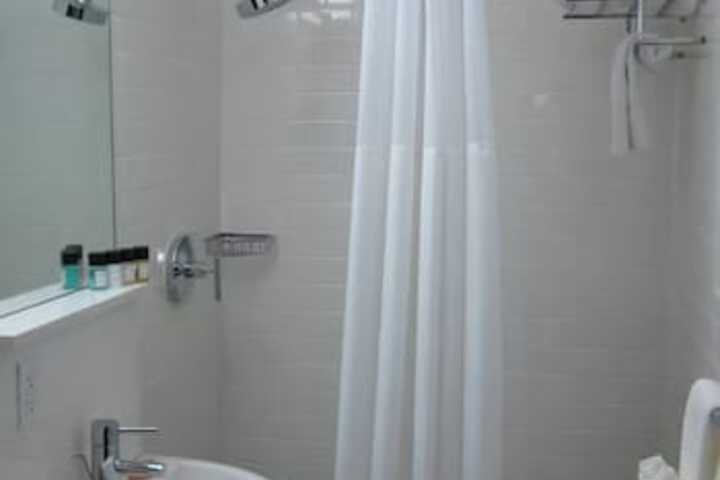 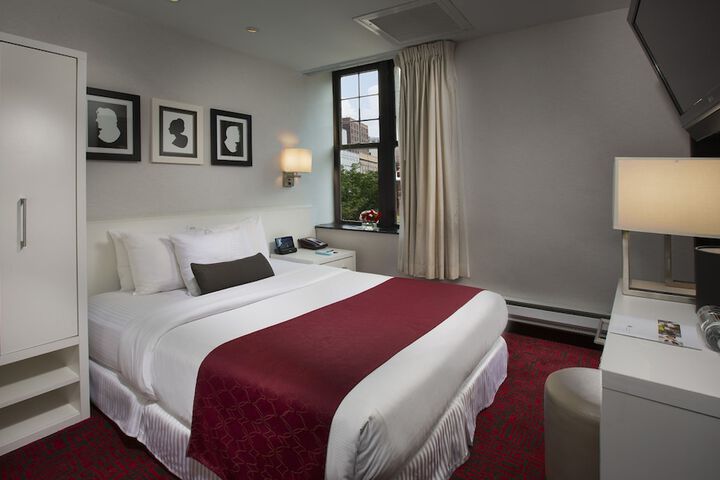 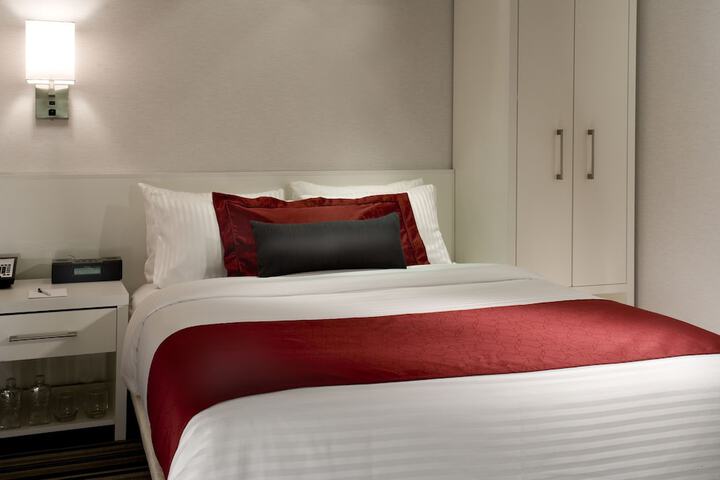 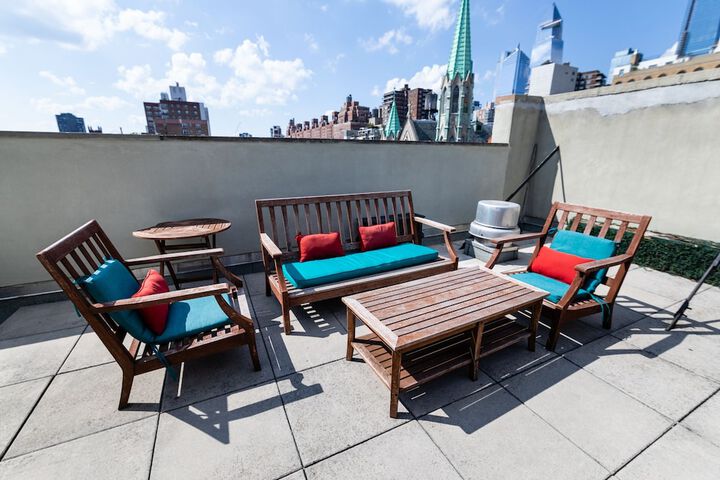 GEM Hotel Chelsea is located in the Chelsea neighborhood of Manhattan. Once a mixed, low-income neighborhood on the West Side, Chelsea has become a focal point for artists and galleries. It has a wide reputation as Manhattan's gay mecca, and while that has historically been true, rising acceptance of the gay lifestyle—and soaring rents—has led to a dissipation of the community in the neighborhood. These days, Chelsea is, very simply, a bastion of affluence more than any other social status, with the conversion of many apartment buildings to condos and co-ops and the on-rush of multimillion-dollar brownstones and lofts. In the ever-northward shift of Manhattan's masses, the high prices of Greenwich Village and Christopher Street area (which has boasted a large LGBT community since the 1960s) led many to head north to Chelsea in the late 1980s. In that migration, many have already moved on from Chelsea to the northern climes of Hell's Kitchen and Washington Heights, or east to Brooklyn. While Eighth Avenue between 14th and 23rd Streets formerly had one of New York’s highest concentrations of gay-operated restaurants, stores, cafes, the population transfer changed the demographics once again—you'll find much higher concentrations in Hell's Kitchen nowadays.