Courtyard Hotel DescriptionThe new state of the art Courtyard New York Manhattan/SoHo hotel provides greater flexibility and choices for our guests. Our downtown Manhattan hotel lobby features inviting, flexible spaces to work or relax in, free Wi Fi and easy access to the latest news, weather and airport info via our GoBoard. A highlight of our lobby is The Bistro Eat. Drink. Connect. which provides guests with healthy food and beverage offerings in the morning and evening beer and wine options. Our modern guest rooms feature plush bedding, free hi speed Internet and some offer views of the Statue of Liberty and NYC skyline. This SoHo hotel near Greenwich Village, Little Italy, Chinatown and Canal Street is also just 10 miles from LaGuardia Airport and 12 miles from Newark Airport. We offer a well equipped fitness center, a 24 hour business center and boarding pass printing area. Houston St. and Spring St. metro stations access is also nearby. Your stay at Courtyard SoHo NY hotel will be comfortable, productive and enjoyable. 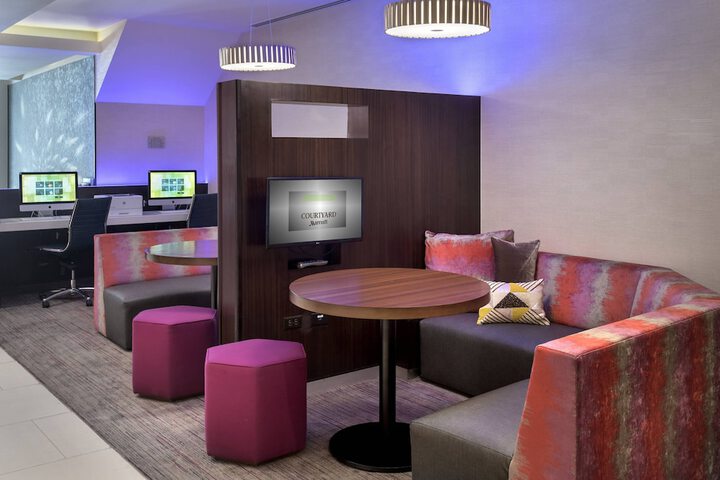 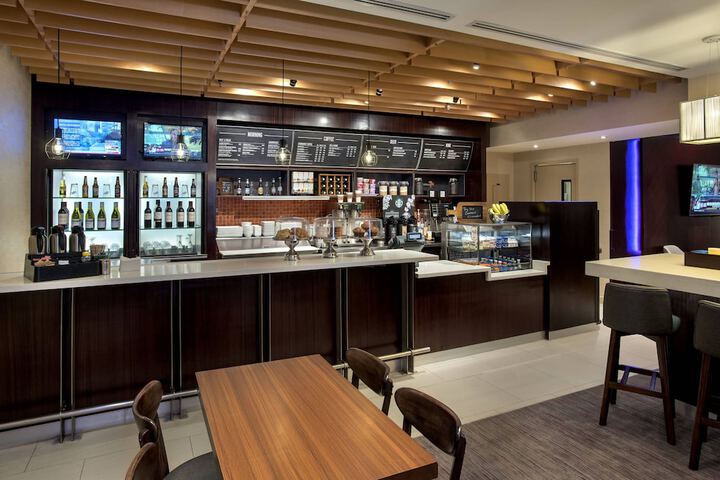 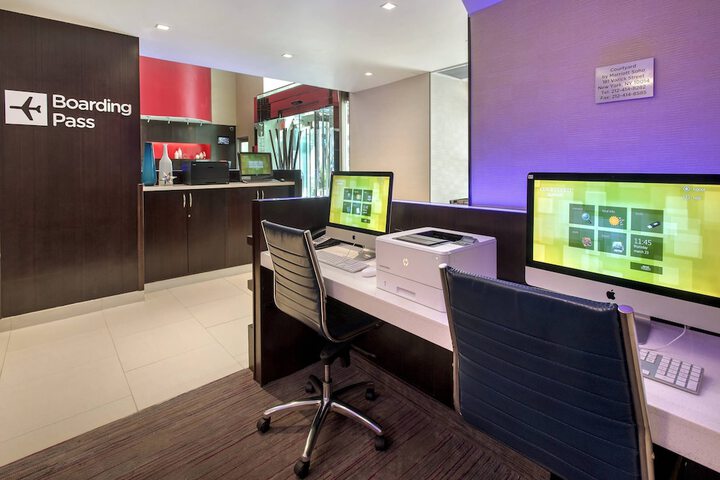 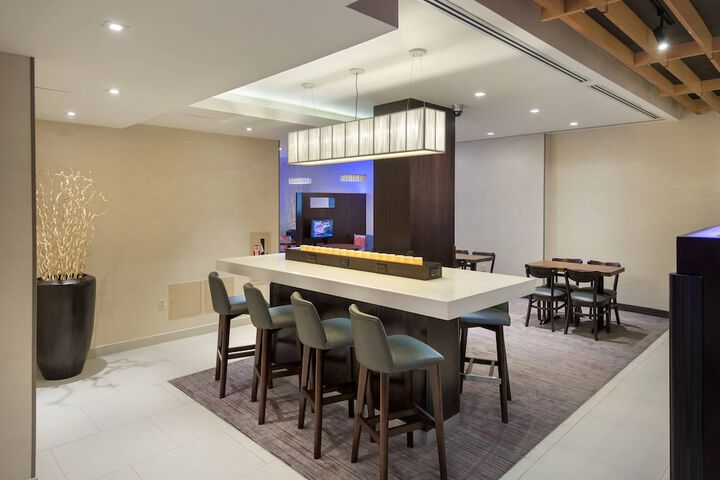 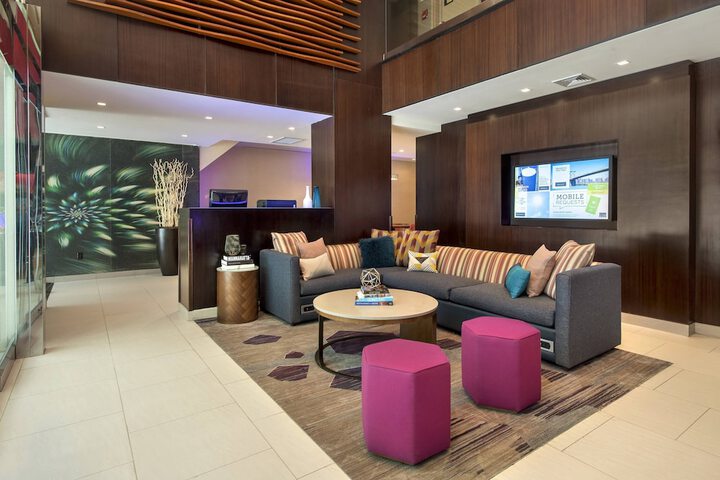 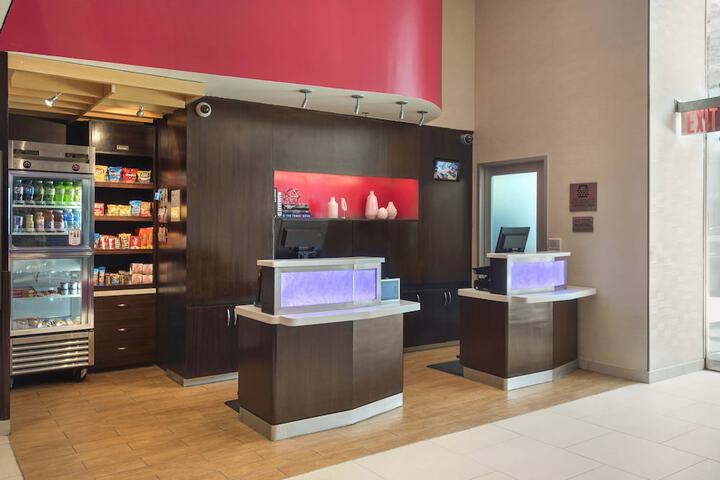 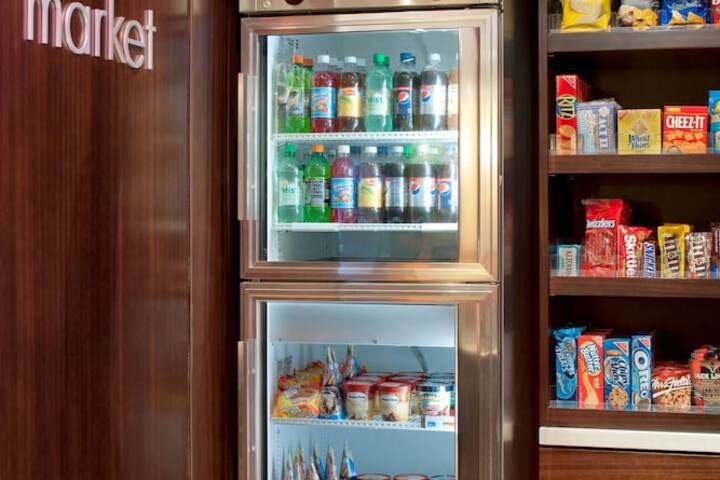 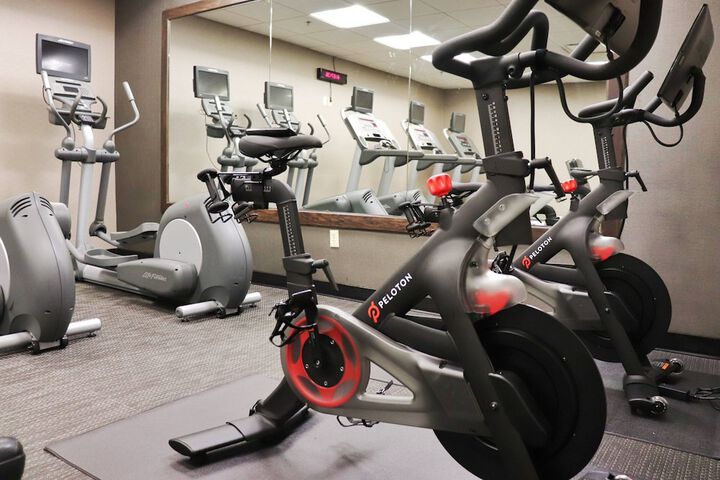 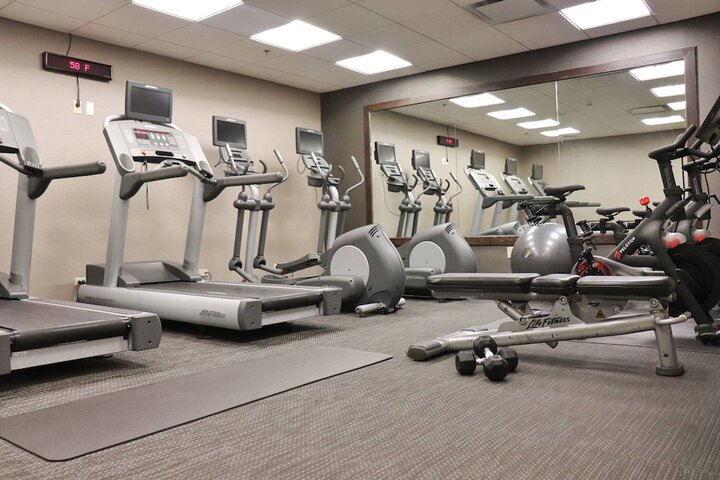 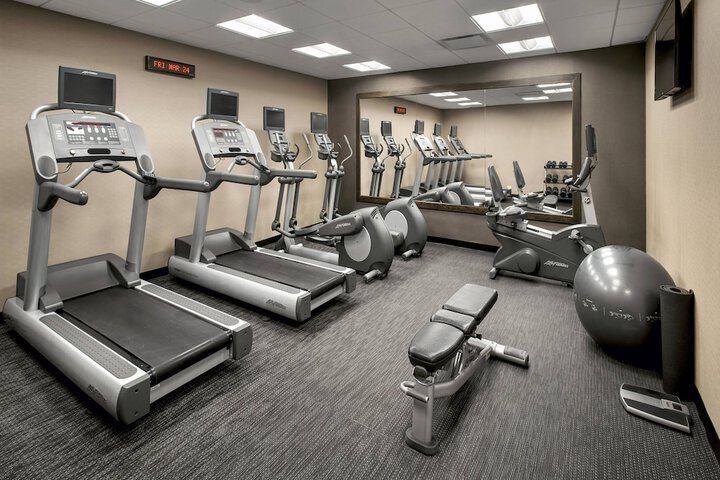 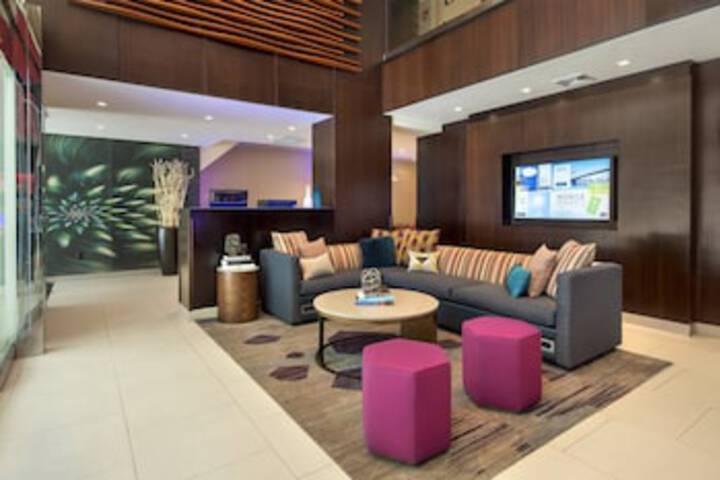 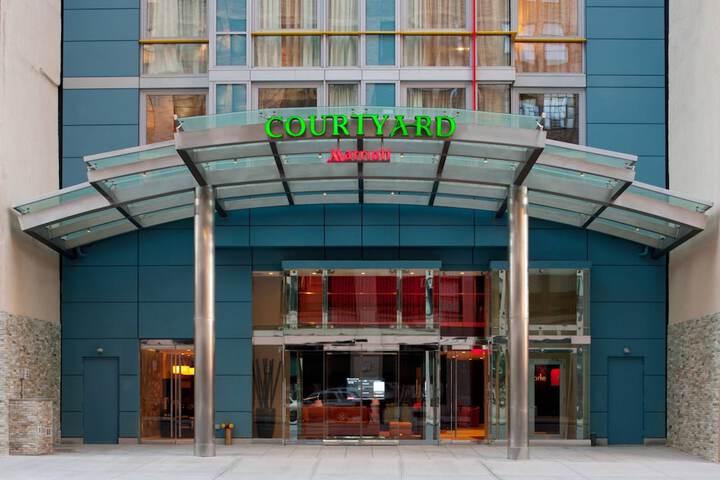 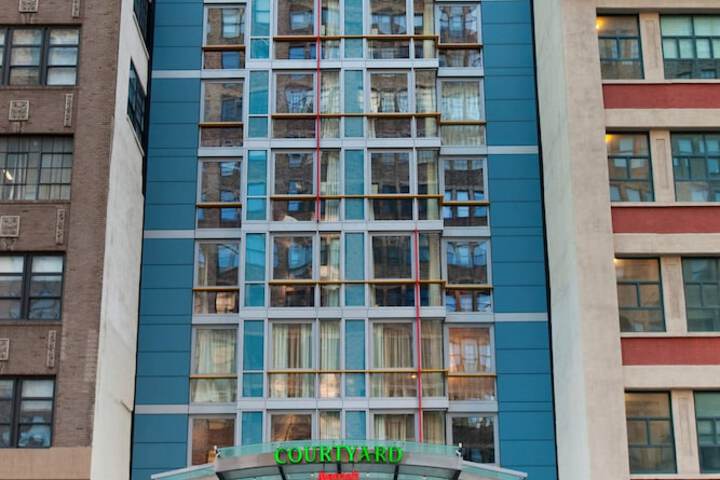 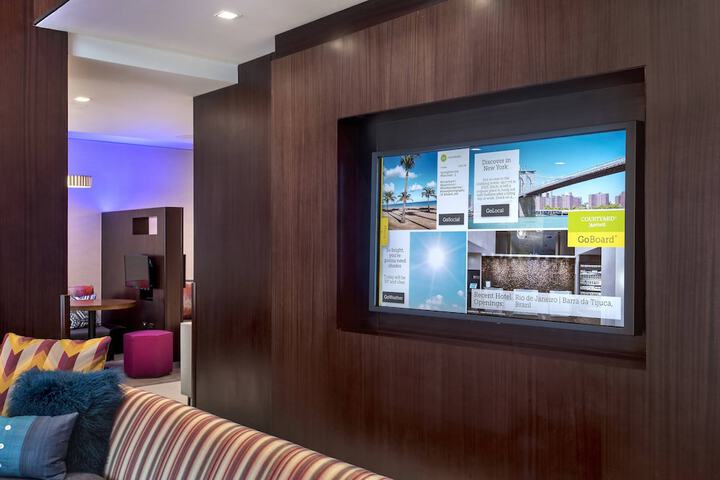 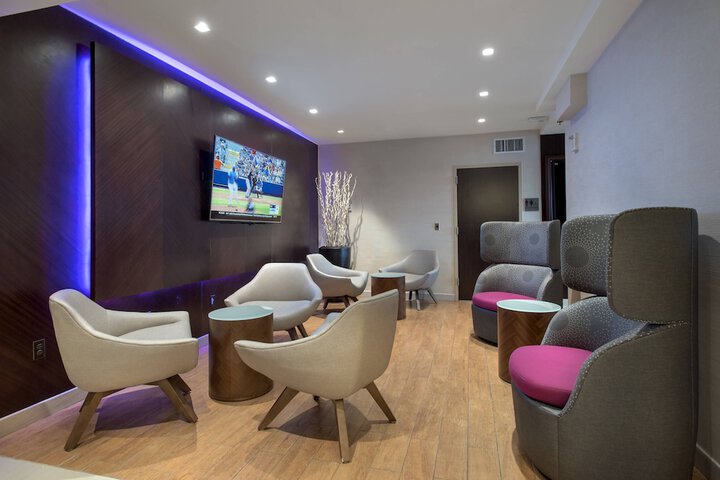 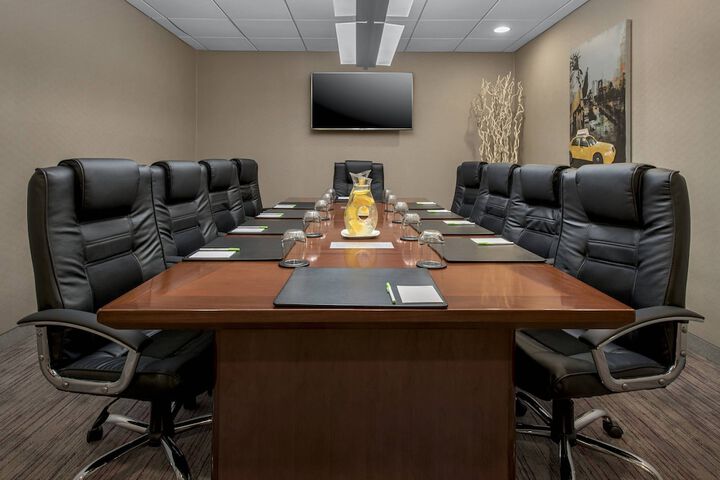 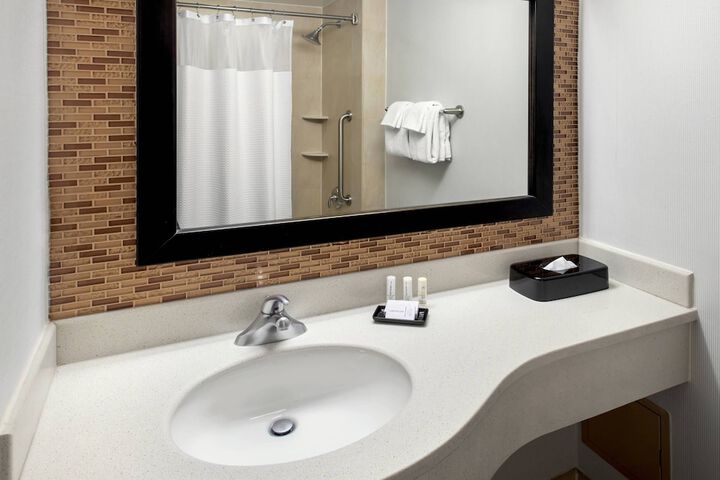 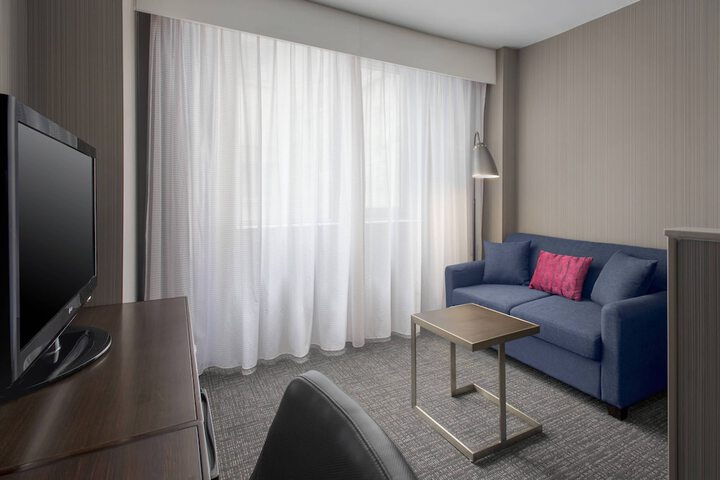 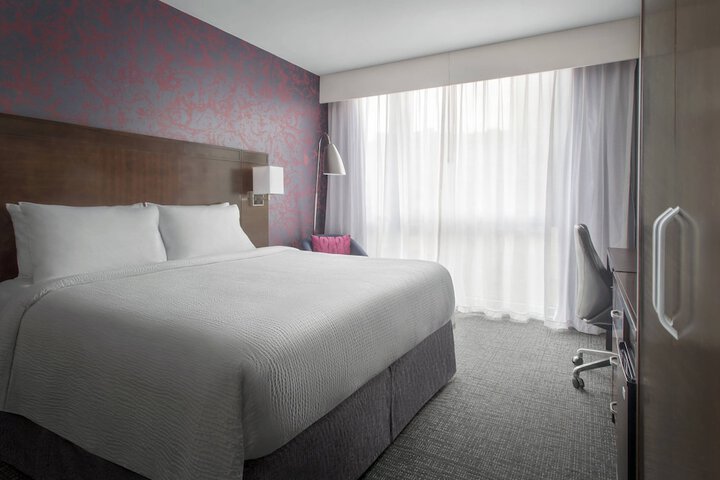 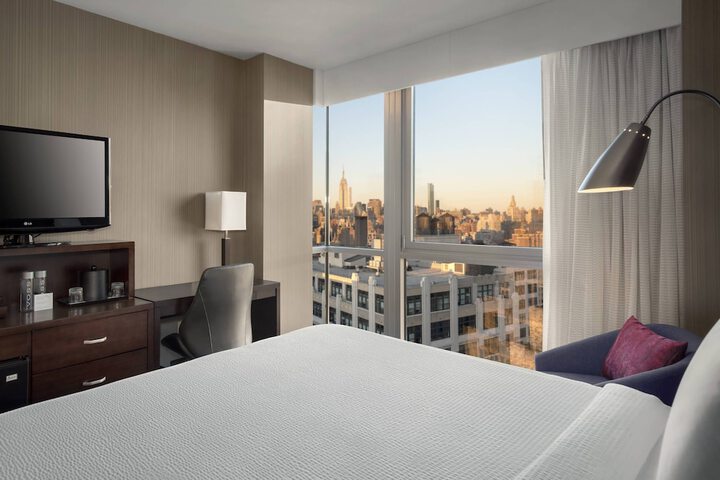 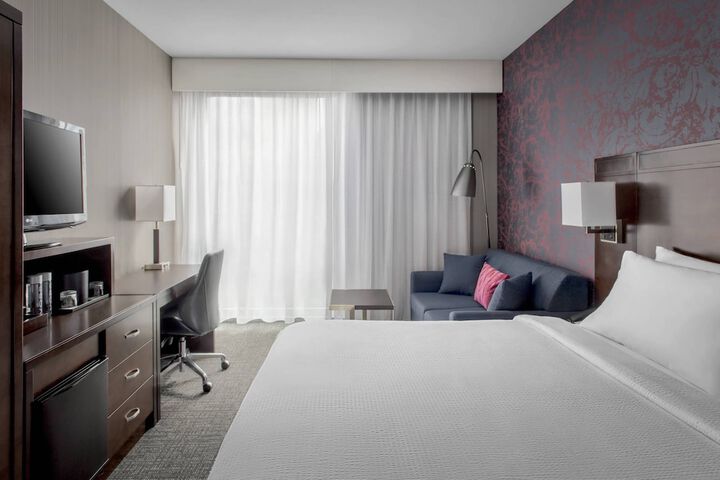 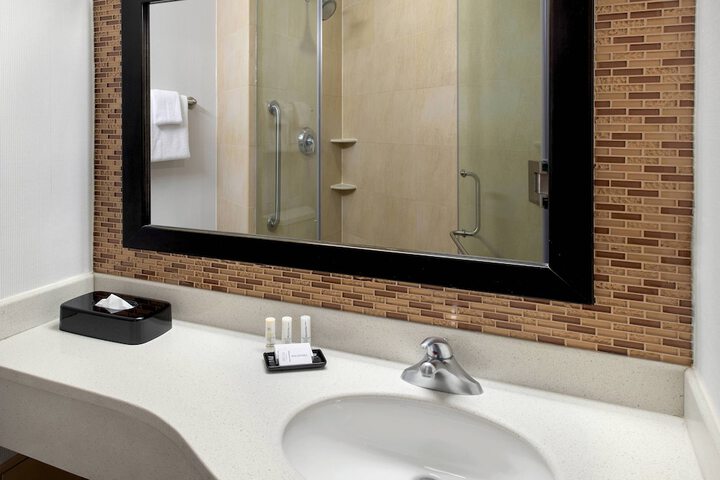 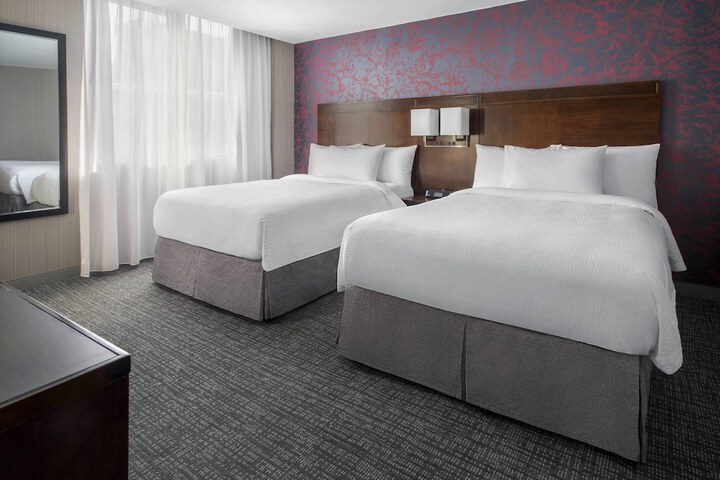 Courtyard by Marriott New York Manhattan / SoHo is located in the SoHo neighborhood of Manhattan. The historic SoHo neighborhood ("South of Houston") is bounded by Houston Street to the North and Canal Street to the South. Originally known as the Cast Iron District due to the many buildings with such façades, SoHo's historic roots date to the mid-19th Century, when cast iron was discovered as an architectural material that was cheap, flexible, yet sturdy enough to use to build decorative building facades. Craftsmen transformed what had been rather bleak looking industrial buildings made of brick and mortar into structures of architectural splendor and grace. SoHo today still exhibits the greatest concentration of cast iron architecture in the world. SoHo's decorative facades, along with its ornate fire escapes, Corinthian columns, oversized windows, and beautiful lobbies, are the signature features of a neighborhood that first-time visitors often instantly fall in love with.