The Park South is a deluxe hotel located in Manhattan's Rose Hill neighborhood on 28th Street between Park Avenue South and Lexington Avenue. The hotel is just minutes away from midtown businesses and an array of cultural and sightseeing attractions.... more

The Park South is a deluxe hotel located in Manhattan's Rose Hill neighborhood on 28th Street between Park Avenue South and Lexington Avenue. The hotel is just minutes away from midtown businesses and an array of cultural and sightseeing attractions. The hotel offers an ideal location in Manhattan, allowing easy access to the entirety of the island. Housed in a beautifully restored historic 1906 building, the Park South combines the design elements of a classic New York style hotel with the latest high tech amenities, contemporary decor and a boutique ambiance. It is the ideal choice for a great getaway.
The 143 room Park South Hotel features refined, relaxing common areas and stylishly furnished guestrooms, ranging from standard to superior, each outfitted with state of the art technology. The hotel offers a number of personalized service programs that ensure guests a one of a kind New York hotel experience. The Park South Hotel is convenient of many area dining, shopping and entertainment venues.

We are so happy you found us! It is wonderful to know you enjoyed your visit and found our staff to be helpful and
accommodating. We do hope to welcome you back in the near future.

We are so happy you found us! It is wonderful to know you enjoyed your visit and found our staff to be accommodating. We look forward to welcoming you back to the Park South Hotel in the near future.

We are so happy you found us! It is wonderful to know you enjoyed your visit and found our staff to be friendly and helpful. Thank you for also taking the time to join us at our restaurants during your stay.

Thank you for your wonderful review! It is wonderful to know you enjoyed your visit and found our staff to be friendly and accommodating. We hope that you are recovering well from your injury and hope to welcome you back to the Park South the next time your travels bring you to NYC.

Thank you for your awesome review! It is wonderful to know you enjoyed your visit and found our staff to be friendly and accommodating. We hope to welcome you back to Park South the next time your travels bring you to NYC. 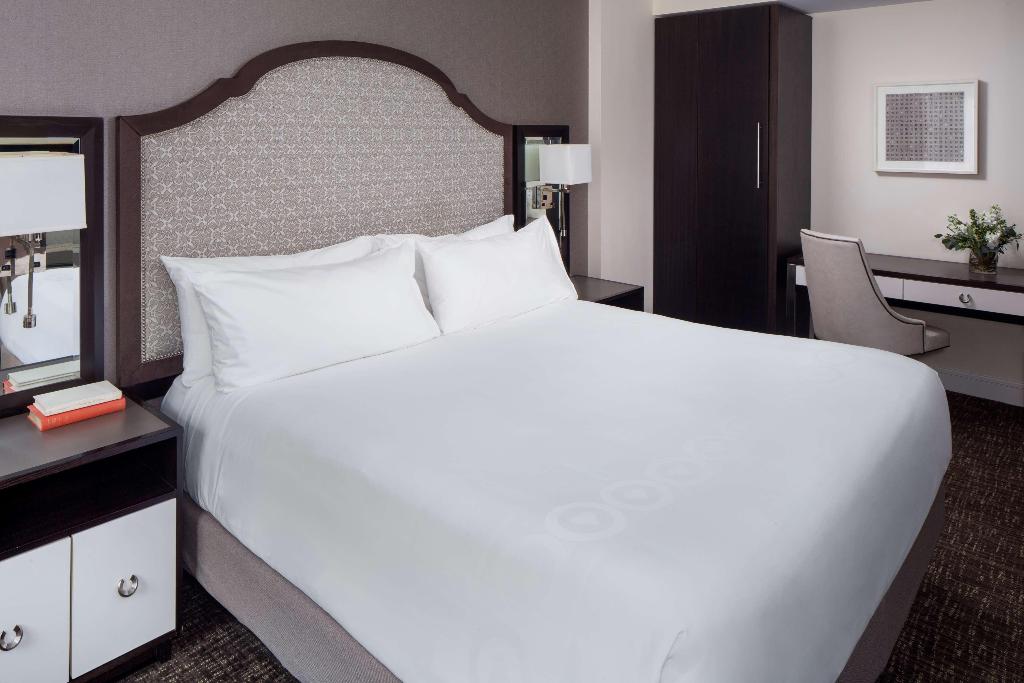 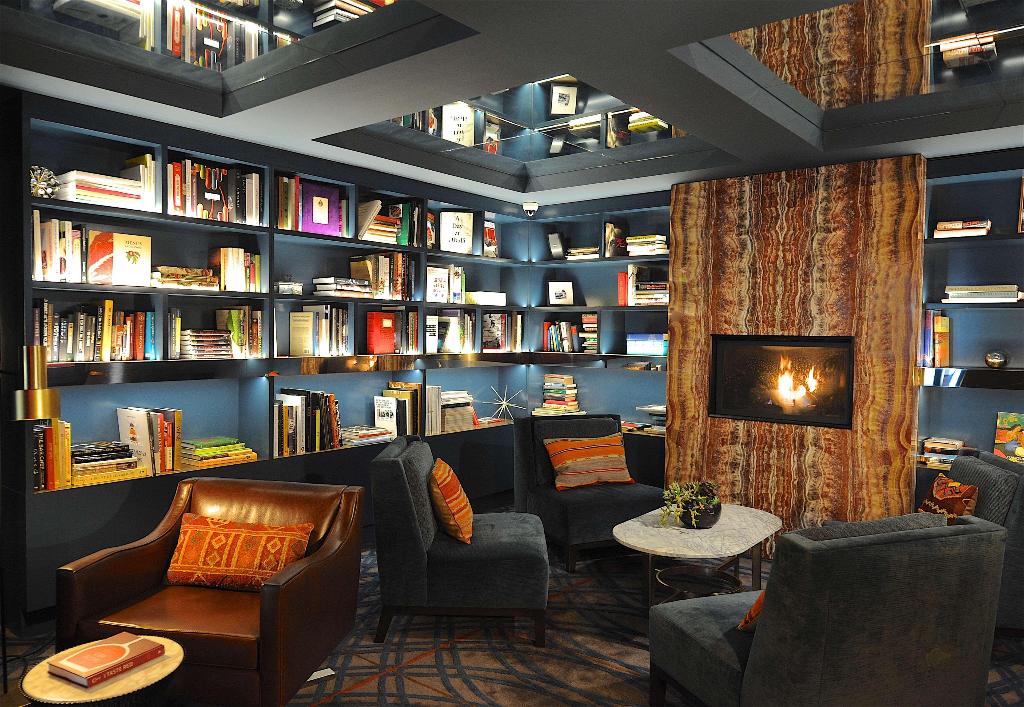 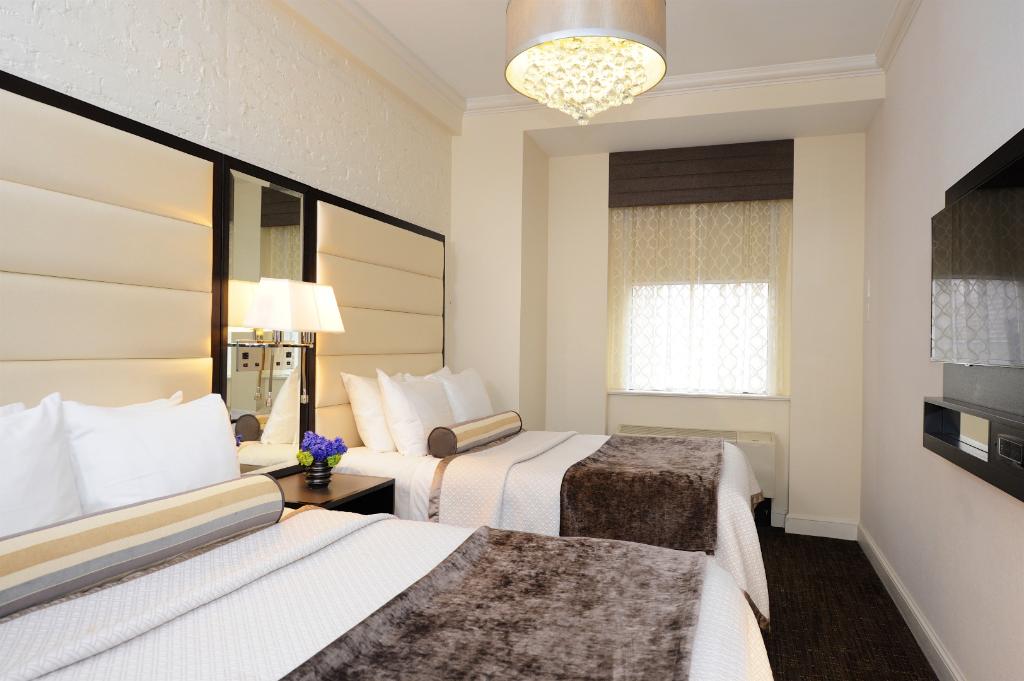 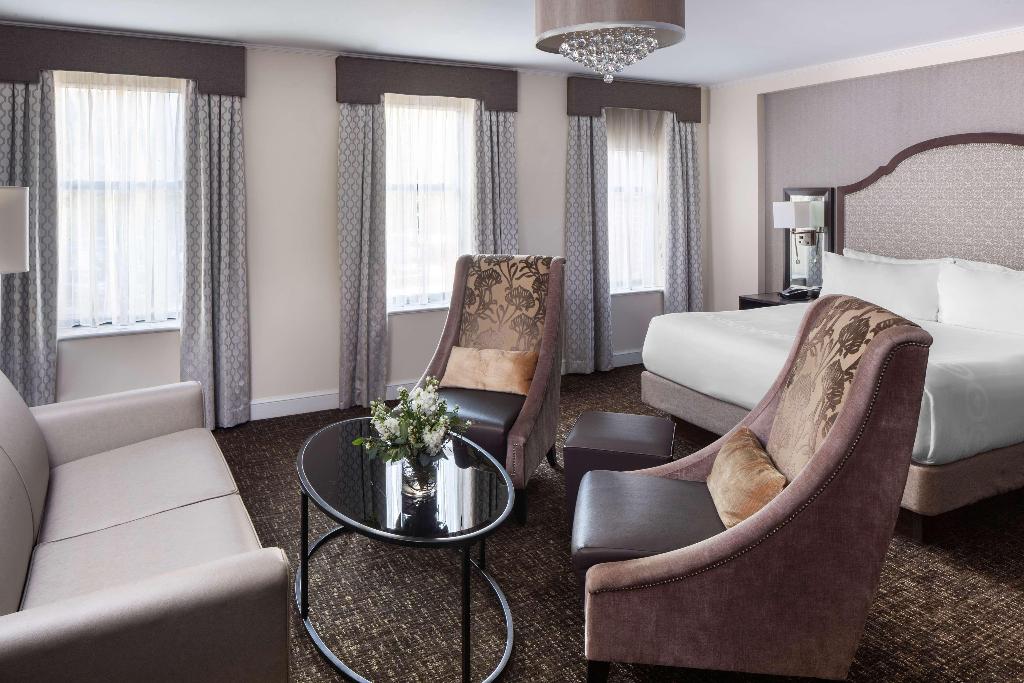 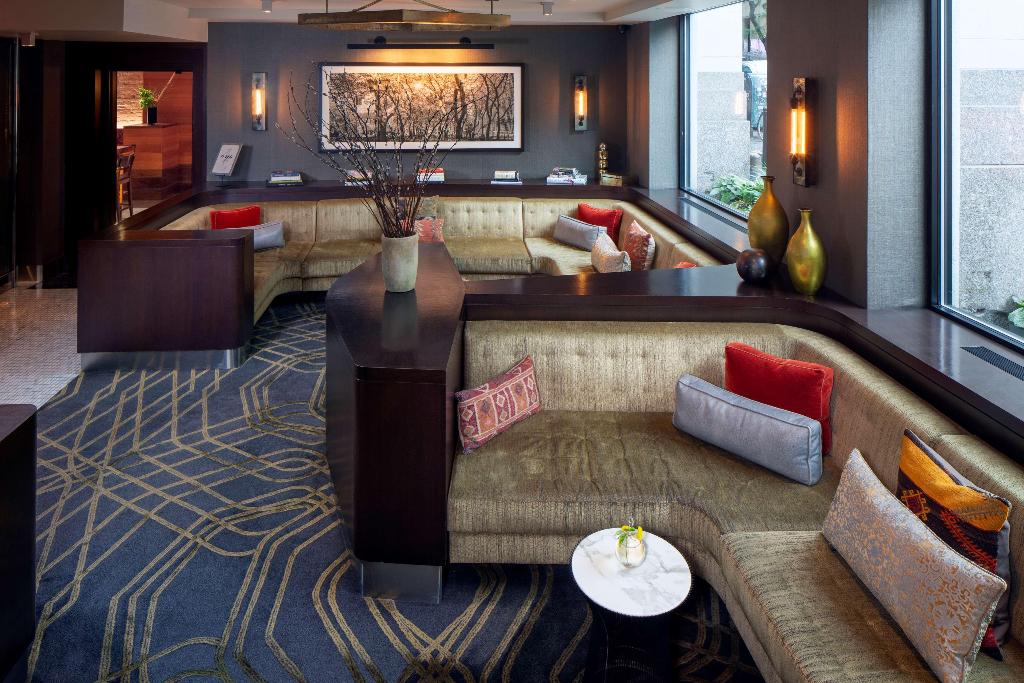 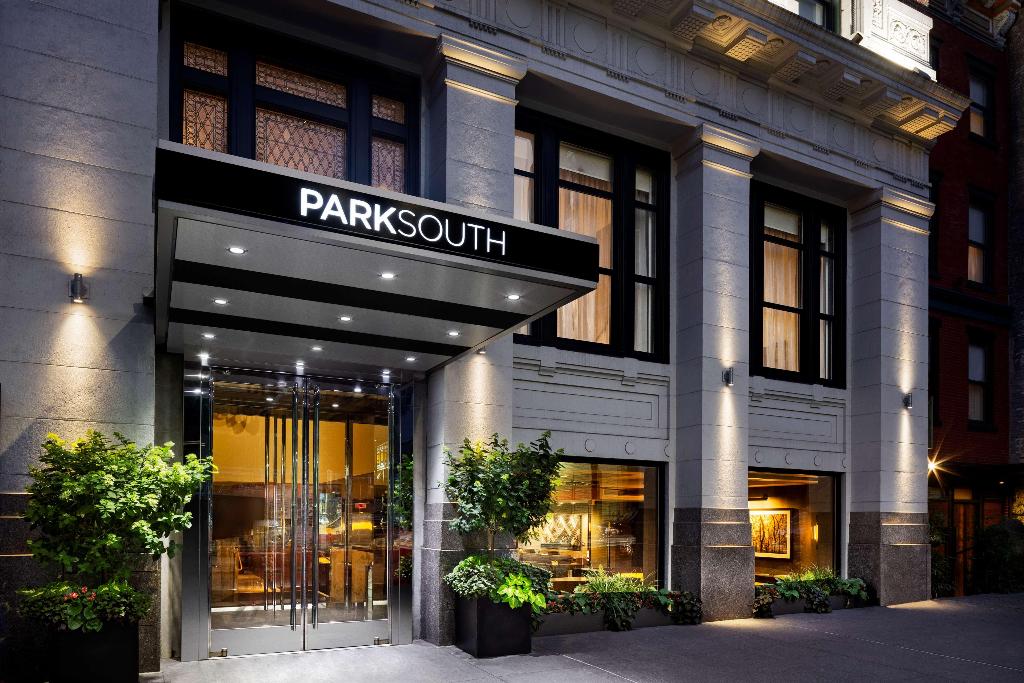 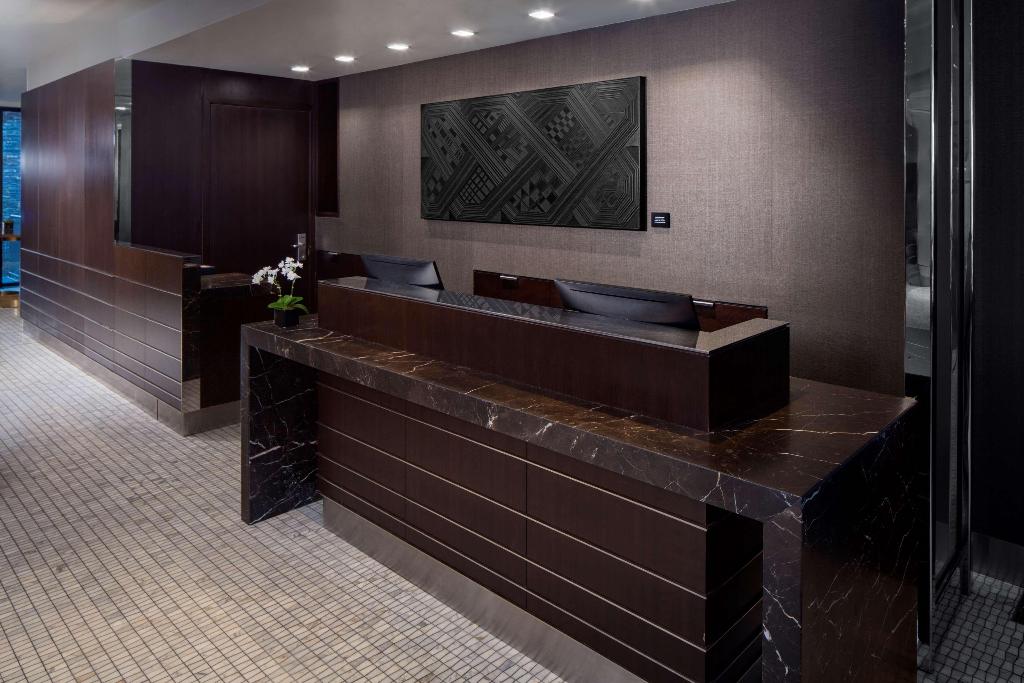 Park South Hotel is located in the Murray Hill neighborhood of Manhattan. Murray Hill, along with Turtle Bay and Kips Bay, lies in the vast stretch of Manhattan's East Side, between the rabble and riot of Alphabet City and the East Village and the luxuriant old money of the Upper East Side. Sedate and low-key, the neighborhood is largely home to modern residences and, middling rents, and a mash-up of long-time locals and the recently graduated, MBA set, who gladly trade in hipness points for being able to say they can afford to live in Manhattan. That is, until the Second Avenue subway opens up and Murray Hill joins the rest of the island's rent brackets.

What is essentially Midtown East East stretches from Fifth Avenue to the East River (some say Third Avenue, but what do they know), and from 40th Street to 34th Street. It is bounded by Turtle Bay to the north, Kips Bay to the south, and Midtown to the west. With Grand Central Station at its northwestern corner and the Queens Midtown Tunnel on the east, pedestrian and traffic congestion in the neighborhood is high, especially when the United Nations in session, causing a never-ending headache for residents who cherish the ever-shrinking calm of its quieter streets.

Two of New York City's most iconic pieces of architecture stand at the corner of the neighborhood— Grand Central Terminal and the Chrysler Building, both of which are fine examples of Beaux Arts and Art Deco, respectively. Grand Central, while not a part of the storied and gorgeous trail of Pennsylvania Railroad stations—that would be Penn Station's sole claim in NYC—is still one of the most impressive railroad terminuses in America, and rivals even some of the best stations in the world. Its gleaming brass clock, the exquisite staircases, and the unique celestial ceiling, with its light bluish-green background filled with well-known constellations dotted by tiny lights. Restored in recent years, the cavernous main hall is bathed in natural light during the day, and pulsates with activity day and night, thanks not least to its three busy restaurants: Michael Jordan's Steakhouse, Metrazur, and the famous Grand Central Oyster Bar. The gorgeous Chrysler Building gleams nearby, and while the building isn't open to tourists, its staggeringly beautiful Art Deco lobby, with murals celebrating transportation themes, is definitely one of New York’s finest.

Meanwhile, the Morgan Library & Museum presents diverse cultural offerings and is home to a dazzling collection of rare books, all housed in an Italian Renaissance-style palazzo that reflects the nature and stature of its contents. Murray Hill is also home to various educational and cultural institutions such as the CUNY Graduate Center, Stern College for Women and the Oxford University Press. Other notable establishments include the Mexican Cultural Institute and the Scandinavia House, which is dedicated to the education and preservation of Nordic culture.

There are also plenty of dining options on the Hill. If you're craving Mexican, try Baby Bo's Cantina on 2nd Avenue, or perhaps a pricier Italian meal at venerable neighborhood institution Rossini's, or go full-on Mediterranean at Salute. Murray Hill also counts the original The Palm among its favorite eateries, a casual elegant restaurant that has remained in its place since 1926, long before their brand branched out into other parts of Manhattan and, eventually, from coast-to-coast. The walls are adorned with caricatures of nationally and locally famous figures, and generations have been coming back to taste the incredible hash browns or to order a three-pound jumbo lobster, not to mention the steaks that made the Palm famous in the first place!

Murray Hill is a great neighborhood to stay in while you're visiting New York—it's close to many major attractions, but still out of the way enough that it makes for an easy and quick escape from the hectic pace of Midtown—and the hotel offerings in the area mirror that fact. The all-suite Affinia Dumont is among the more spacious and elegant options, while the Park South Hotel is a more moderately priced option that's still rife with style.