The Regency is a deluxe, elegant, continental-style hotel located two blocks east of Central Park, close to shops and museums. The hotel has recently completed major renovations, to ensure a fabulous mixture of modern and elegant furnishings. A fitne... more

The Regency is a deluxe, elegant, continental-style hotel located two blocks east of Central Park, close to shops and museums. The hotel has recently completed major renovations, to ensure a fabulous mixture of modern and elegant furnishings. A fitness center is available to guests at their leisure. To relax after a busy day, the hotel features a lounge and a restaurant; in addition, enjoy the comfort of your own room with the 24 hour room service, which offers an excellent alternative to going out. All guest rooms are tastefully appointed and equipped with the latest in comfort and conveniences. The business center and meeting facilities are grand and accommodating, making even a business trip feel more like a vacation. The hotel boasts a hot tub, sauna, and a massage service (by appointment). The staff is highly professional, courteous and friendly. Each member is dedicated to assisting you with those very special needs that seem to occur only when traveling. The hotel is minutes to fine dining, shopping and entertainment.
Do note: hotel policy allows a maximum of three (3) persons per room (including children).

I was traveling with a friend, and we shared a double. We had full-sized beds rather than queens, and the bathroom was small and lacking in shelf space. The bathroom did have a smart mirror for those wanting constant news or entertainment while getting ready in the morning.

The service was wonderful, from Kwame, the doorman, who greeted me on my arrival, to Yesenia (sp?) with housekeeping, who gave me a motherly hug upon my departure. Housekeeping was really flexible and efficient. They seemed to be very mindful of when we came and went, and they cleaned our room at a different times each day based on whether I or my friend needed to work during the day.

One downside might be the Regency Bar & Grill. I only had tea there one night
and breakfast the morning that I left. Breakfast service was very slow. It seemed to be a kitchen issue rather than a problem with the waitstaff. A family shared that they had missed their flight the day before, and my guess was that breakfast took much longer than they thought.

I would also note that the hotel has not upgraded its safes so that they are large enough to hold a laptop. This should be fixed.
« less

Thank you for your very gracious review, DianeB6789, and for continuing to choose Loews Regency when visiting NYC! We're so happy to know we've exceeded your expectations and that you have enjoyed each stay with us. Thank you also for your kind words about Rosina, Mohammed, Abdul and Robert; they are great examples of our brand and we're fortunate to have them on our team. We look forward to seeing you again in the near future!

Thank you for choosing Loews Regency New York and for sharing your experience, travelgrrl09. We're so glad we could be a part of your birthday celebration and to know that you enjoyed your time with us. Please come back and visit us again soon!

Thank you, Jackie D, for continuing to choose Loews Regency when in New York. We're so pleased you have enjoyed your stays and our prime Park Avenue location. Please come back and see us again soon!

Thank you very much, Pam1d, for your very gracious review. So pleased to read how well the team took care of you during your visit. We appreciate you taking the time to highlight the efforts of Aarati, Justin, Alexa, and Mohammed - I have personally shared your post with them. They are fantastic representatives of the brand and we are fortunate to have them on our team. We look forward to seeing you again soon! 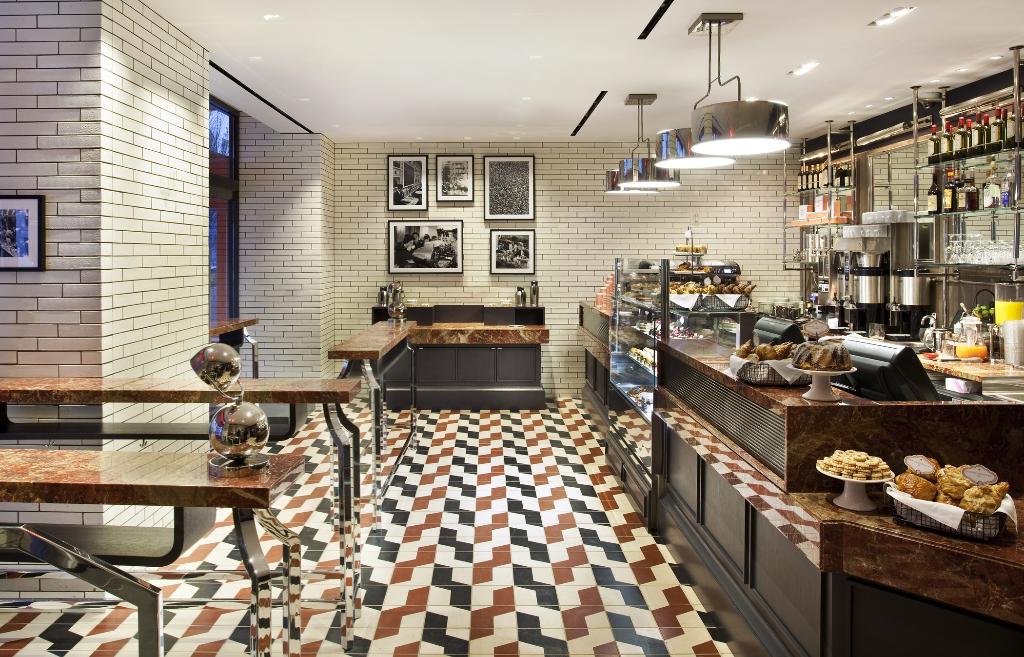 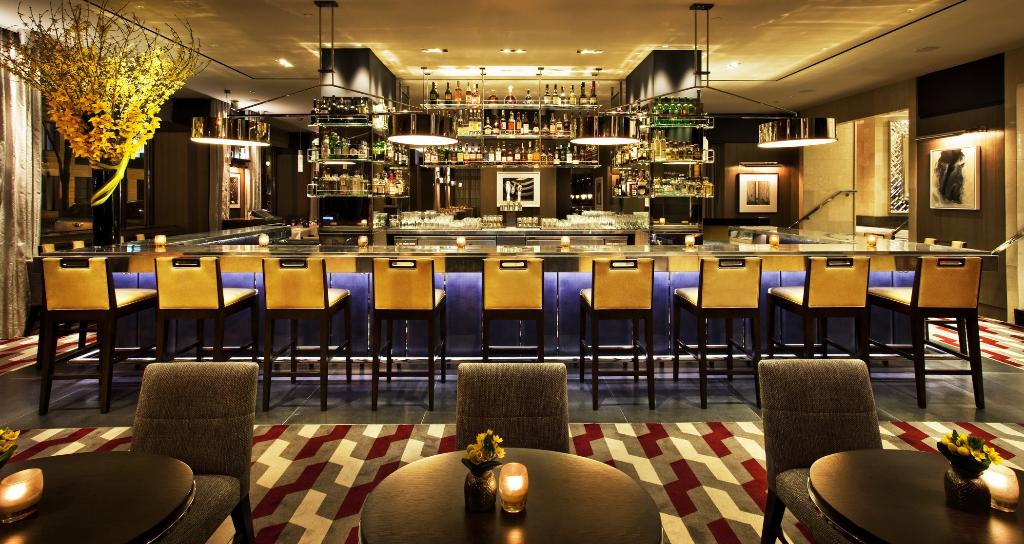 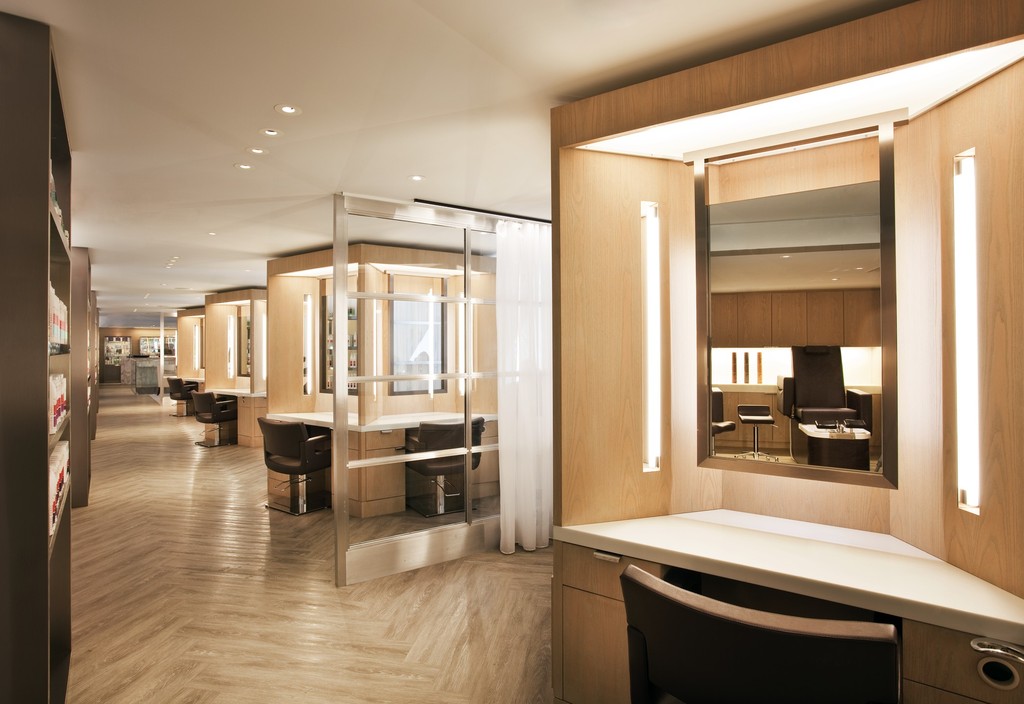 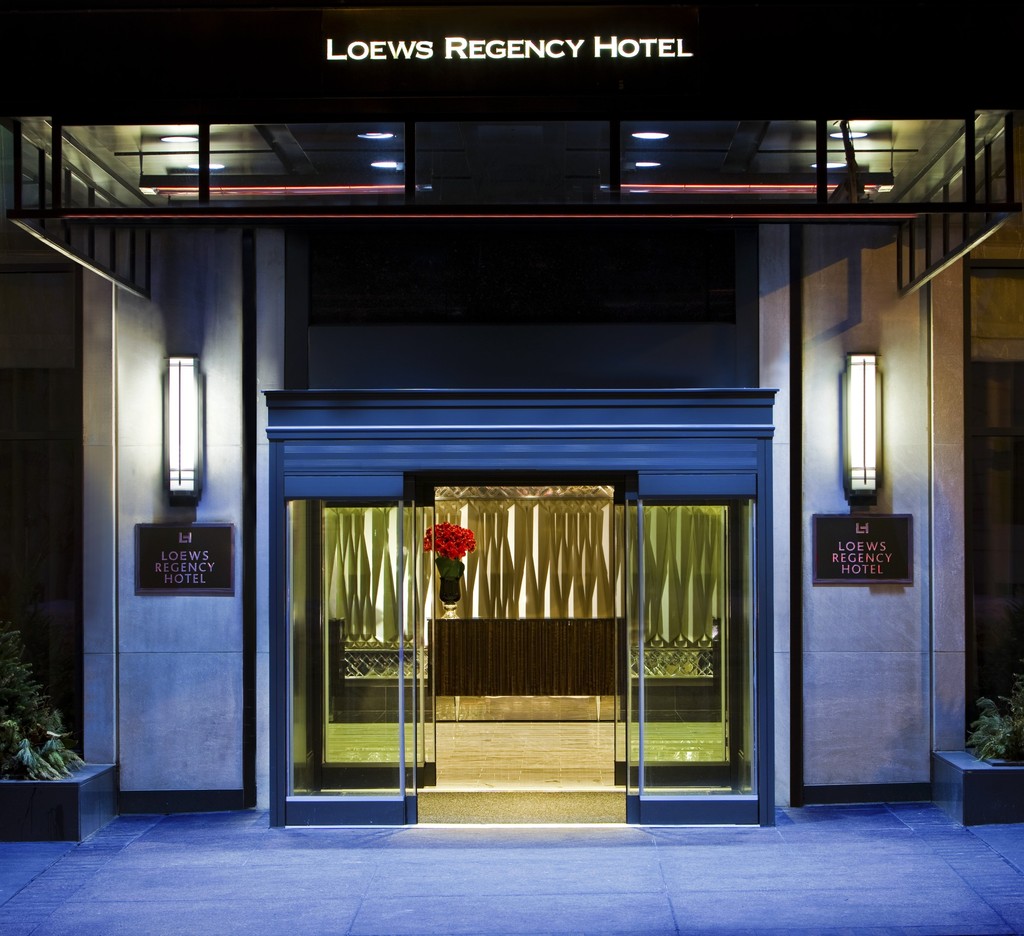 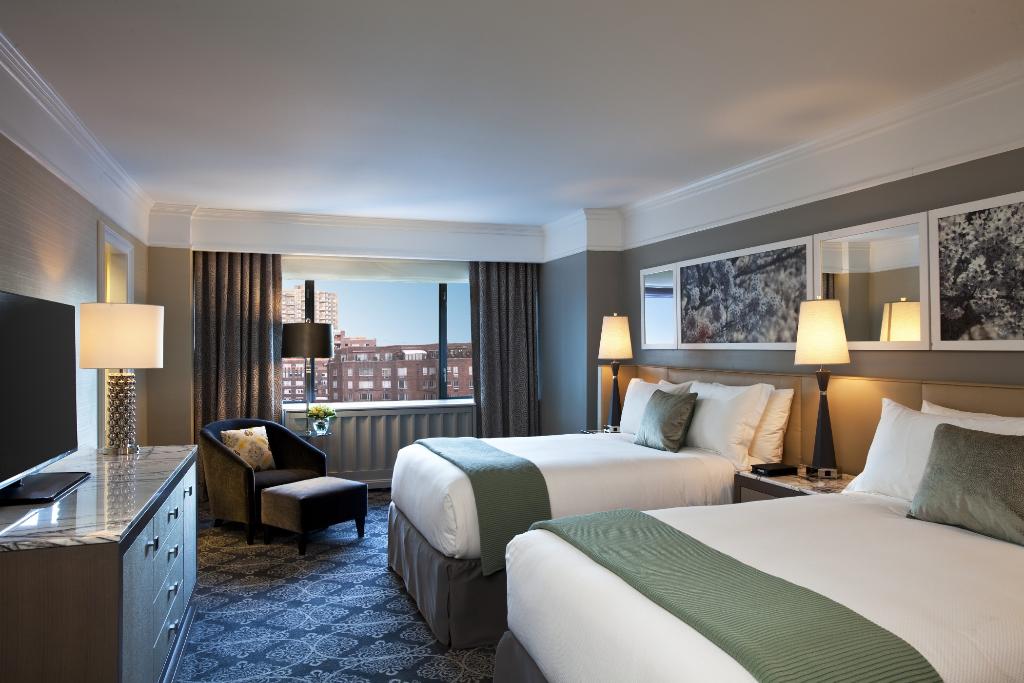 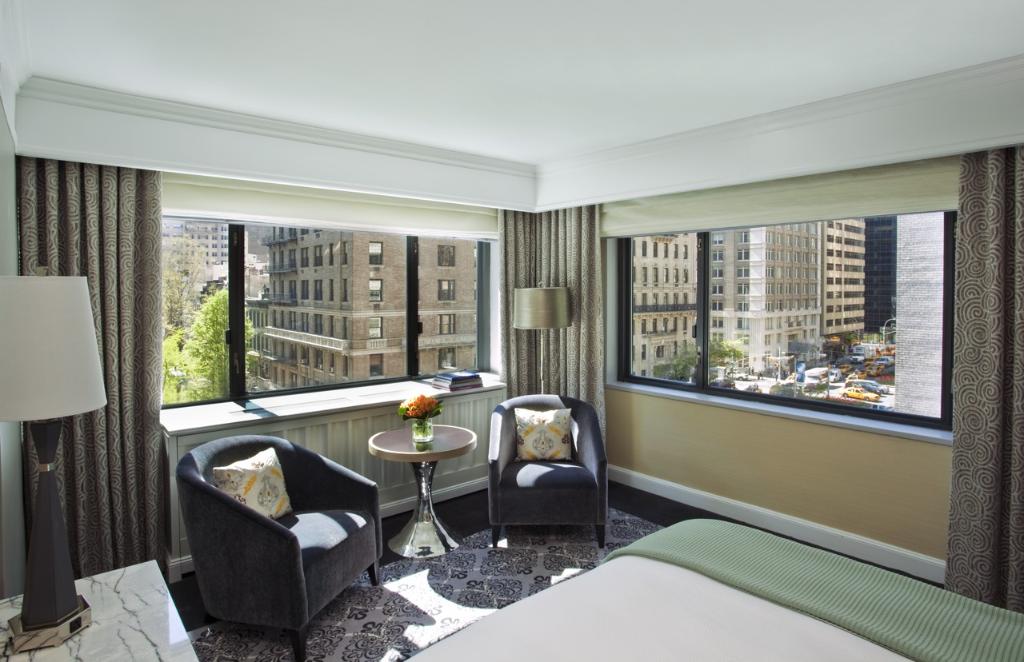 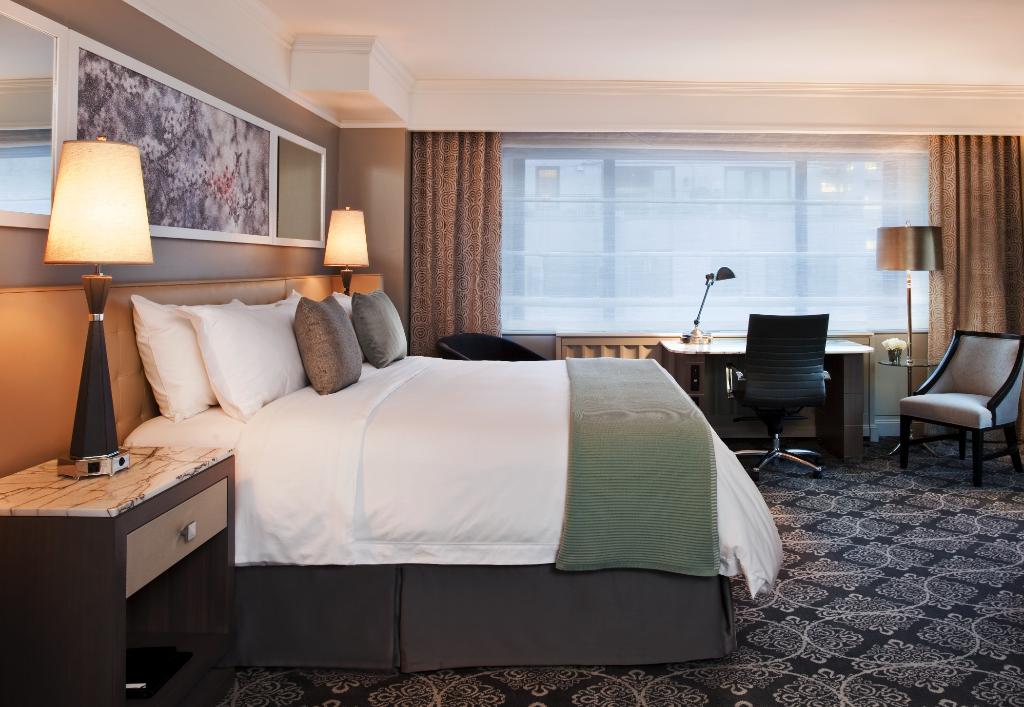 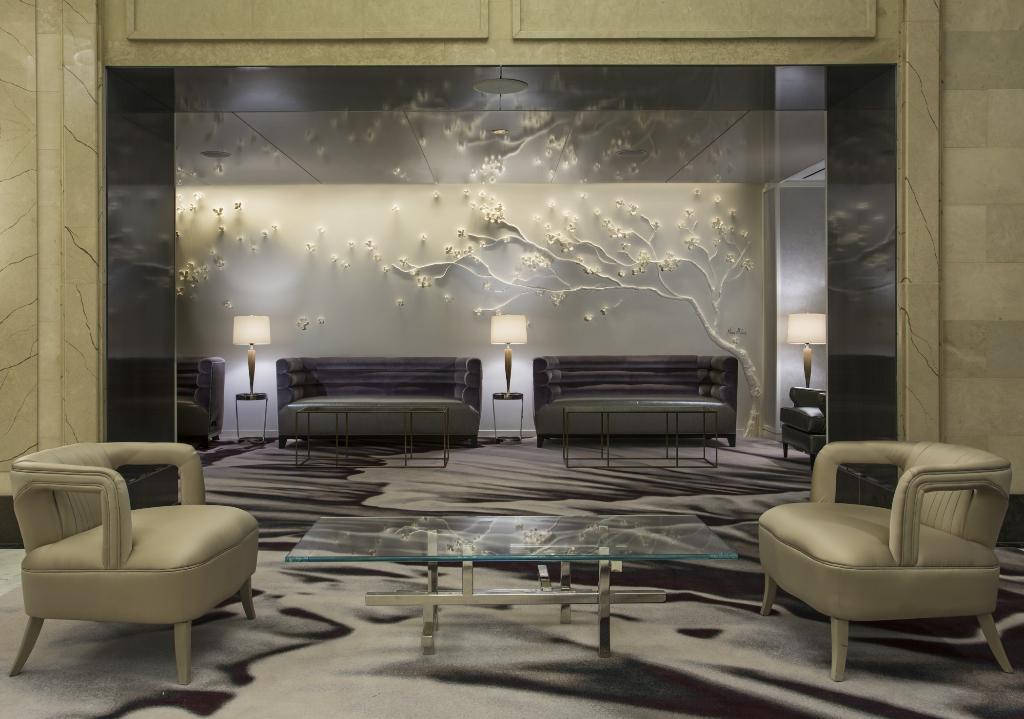 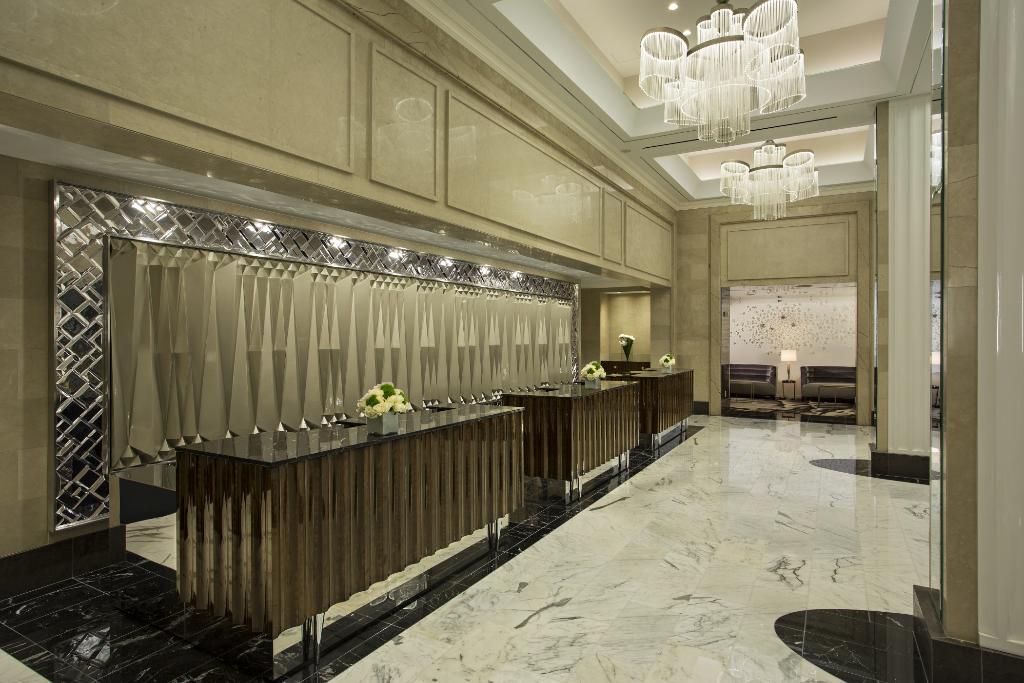 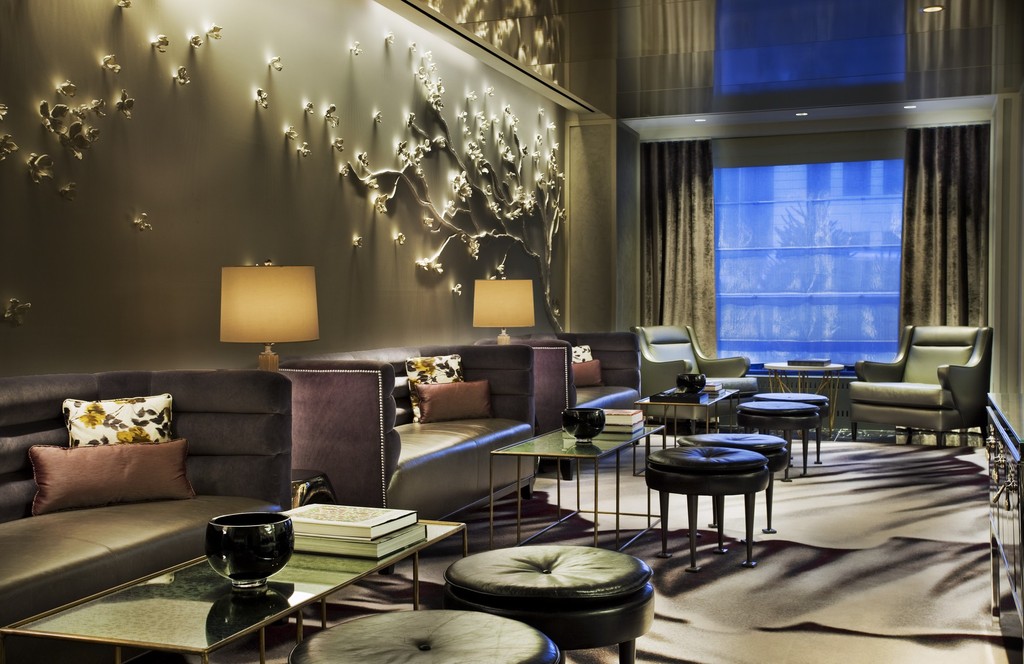 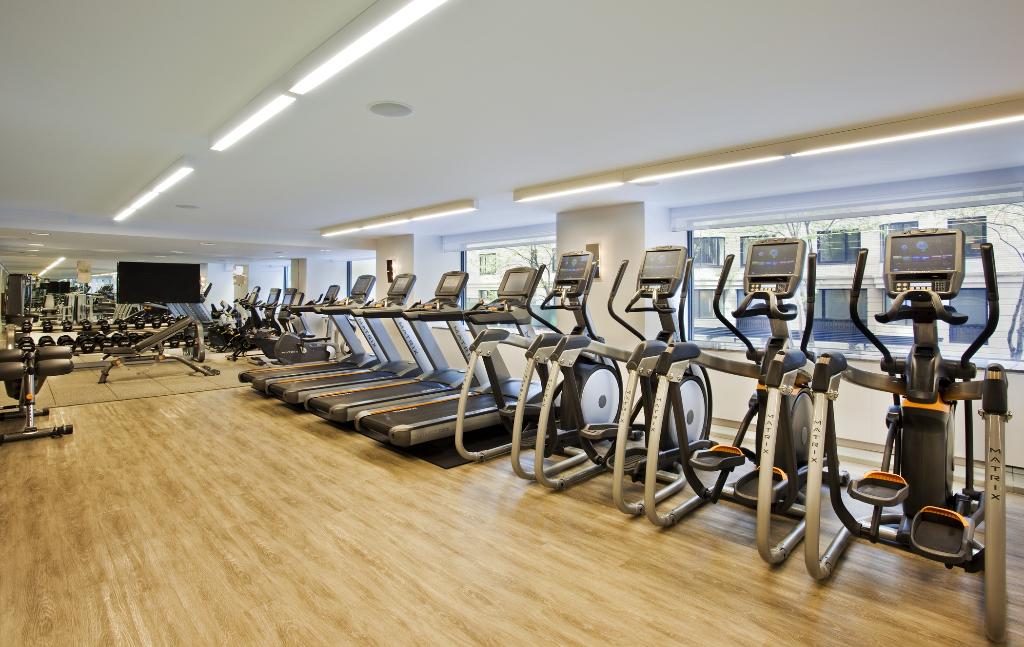 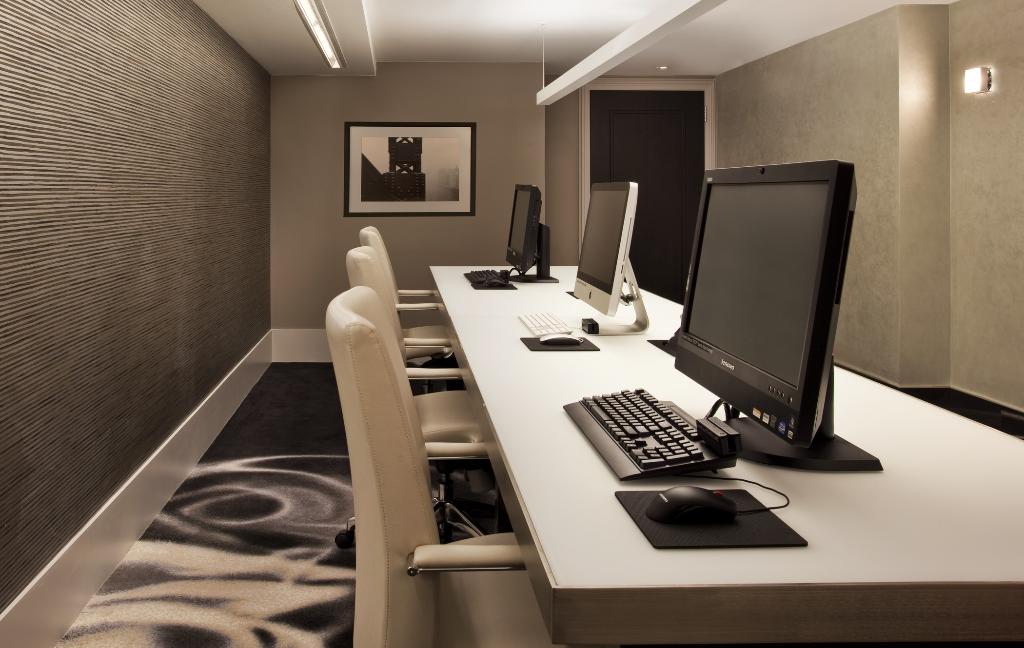 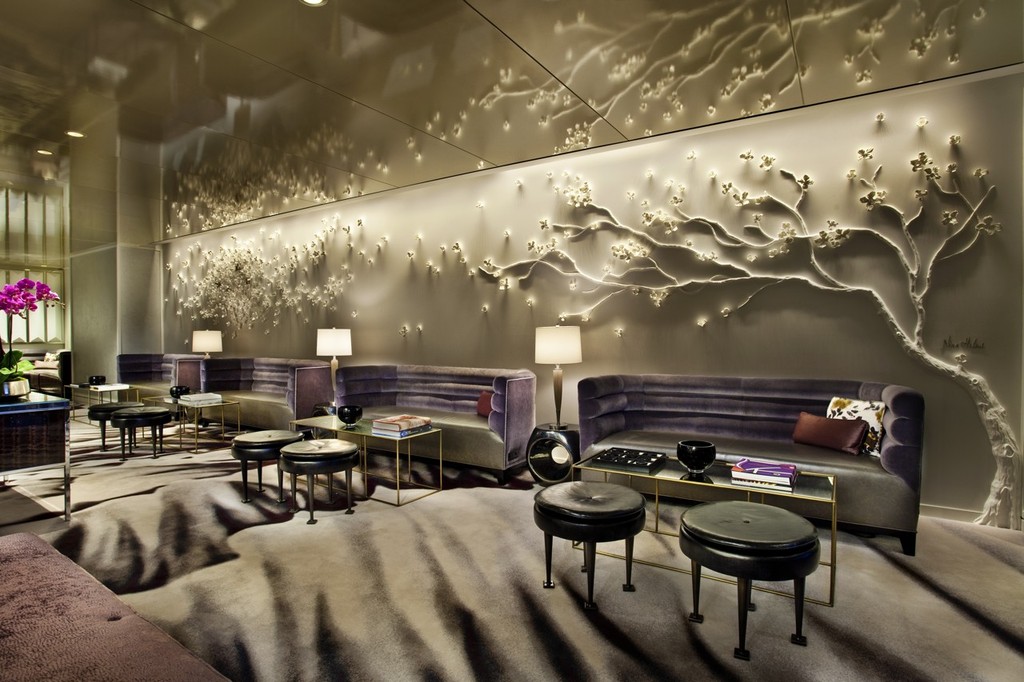 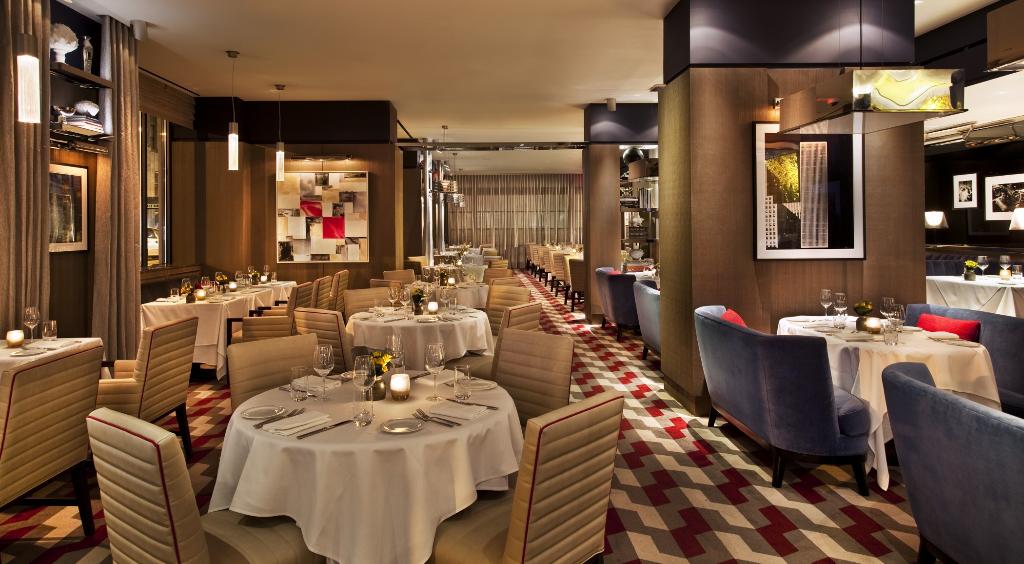 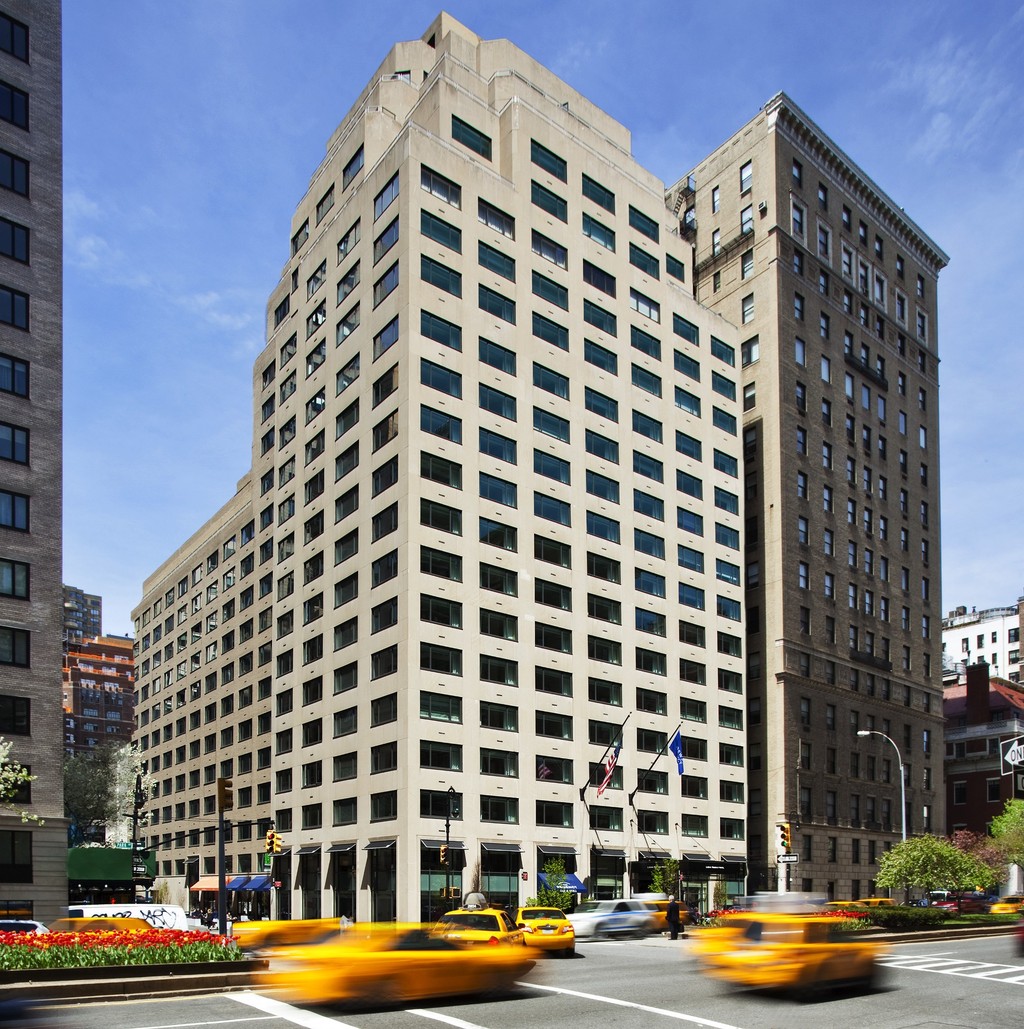 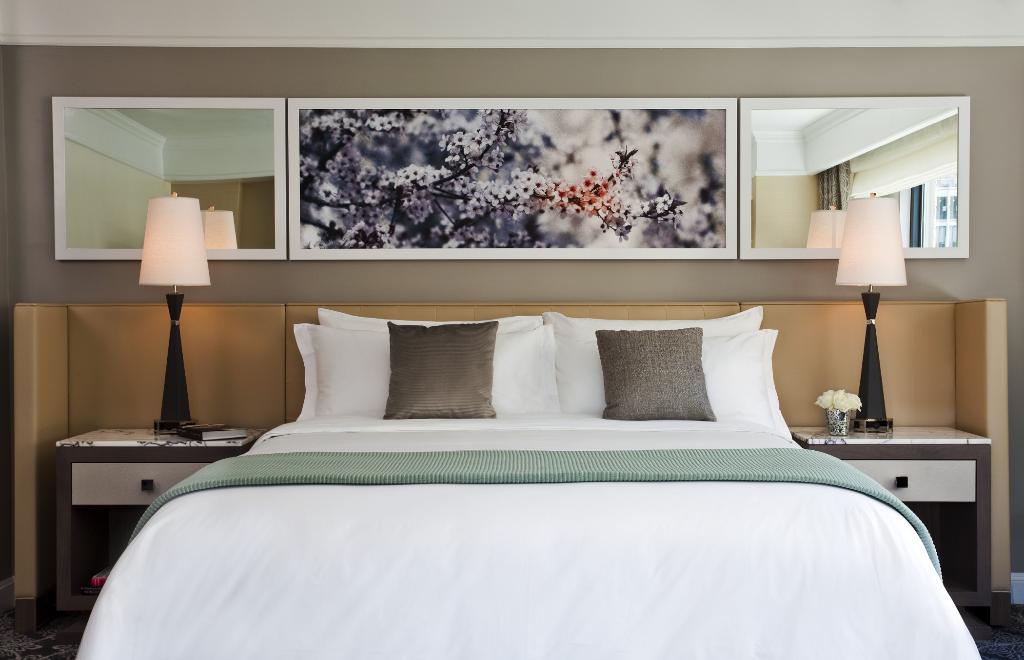 Loews Regency New York Hotel is located in the Upper East Side neighborhood of Manhattan. How best to describe one of the most famous neighborhoods in the United States? Aside from the extreme concentration of the rich and the famous, their opulent dwellings, and the army of doormen, butlers and chauffeurs who serve them, the Upper East Side is also a showcase for some of America’s finest cultural establishments.

Walk along Fifth Avenue’s Museum Mile which features a veritable plethora of artistic and cultural institutions. For some of the best contemporary art collections, visit the Cooper Hewitt Design Museum and the recently renovated cylindrical wonder that is the Guggenheim. Designed by Frank Lloyd Wright, the Guggenheim has always prided itself on being home to innovative and at times controversial works of art since its inception in 1959. There’s also the Jewish Museum, one of the world's largest and most important institutions devoted to exploring the remarkable scope and diversity of Jewish culture.

Of course, no visit to Museum Mile would be complete without to the city’s crown jewel, the Metropolitan Museum of Art. Many special exhibits complement the permanent displays at the Met, yet the collection is so vast that the huge storage areas under Central Park are bursting with pictures, sculptures and other objects d’art. From rare, ancient Egyptian relics to medieval coats of armor to a costume gallery that spans seven centuries it’s almost impossible to see everything in one visit, so multiple trips may be necessary. In addition, visit the nearby Whitney Museum of American Art and see thousands of works of art including collections by seminal artists such as Edward Hopper, Alexander Calder and Reginald Marsh. The Asia Society Museum, and Frick Collection are also nearby.

The official residence of New York City’s mayor, Gracie Mansion, is at the northern end of Carl Schurz Park on 89th Street. The main floor of the mansion is open to the public and is a showcase for art and antiques created by New York designers, cabinetmakers, painters and sculptors. Tours must be reserved in advance however.

From glamorous Fifth and Park Avenues to the fashionable townhouses in the East Sixties, Seventies and Eighties, there are too many noteworthy addresses to list, but a veritable Who’s Who of American society can be found here and if you’re lucky, you might even get a glimpse of it. For your best bet, try dinner at Elaine’s. While the food is essentially secondary to the patronage, it remains a great spot for celeb-spotting. Named after its famed, cantankerous owner who can still be spotted their nearly every night attending to customers, the casual bistro is a frequented by a high celebrity clientele and counts Woody Allen, Michael Caine and Jackie Onassis among its devotees. Good luck getting a reservation. If it's fresh seafood you're craving try Atlantic Grill. Sample the daily selection of oysters and clams on the half shell from the raw bar. Or try their unique take on sushi and sashimi. Restaurant Daniel is another great dining option renowned for its award-winning French cuisine and elegant atmosphere.

The Upper East Side is also home to some of the most luxurious hotels in New York. There's the classic Carlyle, which has been called home by leaders in world affairs, business, society, entertainment and the arts since its debut in 1930. The Carlyle remains a landmark of elegance and refined taste. Other prestigious hotels in the area include The Mark, which has been cited as one of the top 100 U.S. and Canada hotels in a Travel + Leisure's readers' poll and the sophisticated Lowell. A bit further south at the southeastern corner of Central Park, of course there's the most legendary hotel of them all, The Plaza, which set the standard for luxury when it opened over a century ago. The tradition continues following a recently completed $400 million, two-year renovation. The passion and uncompromising service, which made the hotel a legend, has returned with a new and contemporary spirit.